The LIBRE Initiative Hosts “#MsLIBRE: Insider Secrets for the Next Generation of Successful Latinas”

The LIBRE Initiative Hosts "#MsLIBRE: Insider Secrets for the Next Generation of Successful Latinas" 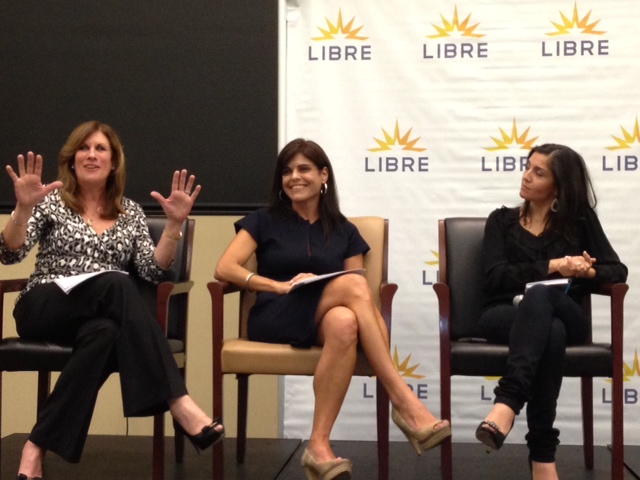 The women addressed the current challenges affecting Latinas in The United States – before the varied audience consisting of men and women of all ages – and shared their stories and tips on overcoming them with the principles and values that lead to prosperity and fulfilling lives. The panel was part of the LIBRE's Women's Initiative social media campaign #MsLIBRE that empowers women to be a lider, economically independent, bold, responsible, and entrepreneurial.

"Latina women will make up 30 percent of the total female population in the United States by 2060. Now is the time to empower young Latinas to take leaderships roles in culture, business and politics. The #MsLIBRE campaign tells them to be brave, step up, and strive for excellence. Through the personal and inspiring stories of our panelists, we encourage these young ladies to ignore voices in the culture that encourage a life of victimhood and dependency, and instead rely on the work ethic and entrepreneurial traits inherent to Hispanic culture and family to achieve their American Dream. The LIBRE Initiative will continue to fight for freedom and policies that keep opportunity and upward mobility alive for Hispanics and all Americans."

"All women need to know the power they have to improve their lives so long as they embrace the values and principles that will lead them there. But Latinas especially tend to be at a disadvantage due to high poverty levels and lower education rates. But we cannot be victims. Latinas must be empowered, educated and prepared to embrace all the opportunities that this great nation beholds for them. I think we accomplished that tonight."

"Mentorship is extremely important for these Latina women and girls, and these panels allow us to give them a guiding light on what success looks like and how they can get there. If we changed the perspective of prosperity for the better in the life of just one woman tonight, we've done our jobs.Our goal with these candid conversations is to inspire them to reach their full potential- but it turns out they inspired us right back."

Communications Director and Moderator of the panel, Judy Pino said:

"It was truly amazing to hear the women that attended the panel tell us that they were leaving with a sense of purpose and hope that they will achieve success. Some were inspired to become mentors themselves to other girls, and others were brought to tears at the very idea they could actually achieve their American Dream. That is what LIBRE's Women's Initiative is about and the very reason why we created this #MsLIBRE panel series."

For more information about the LIBRE Women's Initiative click here.