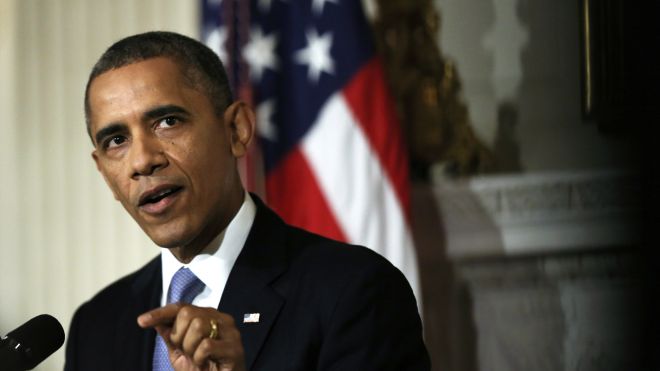 The advent of a New Year typically signals renewal — the portent of spring. But the promise of a “new start” is diminished for many, as millions across America are scrimping to make ends meet.

Public assistance rolls have exploded, equality has worsened, racial relations have degenerated and wealth has diminished — most notably in minority households. Additionally, unemployment has remained above 7 percent, average household income has fallen, and long-term unemployment has become a crisis that affects millions of people, but receives little attention. Millions of middle-aged workers have been out of work for more than a year — or even two. They are being forced to live off retirement savings, or get by on dwindling unemployment checks, with no way of knowing if they will ever get a job again.

There are signs of more serious trouble ahead; the business creation rate, which climbed or stayed stable throughout the recession and into the “recovery,” has fallen the last two years. This suggests America is no longer creating the new small businesses that will employ the workers of tomorrow. America’s great companies and biggest employers – the Apples, Walmarts, and others – all began as small startups. Blocking those small businesses from getting started will hurt badly down the road.

Our economic future is being strangled by an ever-growing public sector. In a nation of people who never asked for big government, never wanted it, and have never needed it, the dreams of many are being stifled by a governing class that believes government should govern much more.

In its ill-calculated actions this administration has advanced a variety of laws, dictates and regulations that have increased government’s power, but made the governed powerless; allowed bureaucrats to have increased control, but made we the people the controlled; and endowed Washington and Wall Street with taxpayer money to flourish, while making those of us in Main Street suffer under increased taxation and the imposition of Obamacare.

What’s happening to the land of opportunity — to a land where hard work was rewarded, and where anyone could build a better future for the next generation? What has happened to the American Dream?

Americans must beat back the growth of government, the ruinous aims of statist progressivism. Especially now, this is a generation with so much untapped potential, too much wide-eyed wonder, and too many wondrous aspirations to wait on government for instruction. Americans have always known to make full use of their enormous human capacities and technological advancements; bring to the marketplace their vast human inventiveness, guided by the wisdom of our old and sustained by the ambitions of our young.

I’m saying we need a comeback, a real one – one sustained on self-responsibility, rugged individualism and the spirit of market capitalism that typified America’s most industrious, most prosperous epochs. It’s time for an agenda that renews and restores the American Dream.

It starts by reversing course on irresponsible government spending, political cronyism, shady corporate subsidies and other wasteful schemes that centralize power and control in Washington. It starts by retaking control of our own lives and our own destiny.

Reforms like this will make it easier to start and grow small businesses — without crushing taxes and regulation to cope with. Today, costly mandates prevent many entrepreneurs from pursuing their dreams, and make it harder for low-skilled workers to find jobs. New industries, processes and technologies make it easier for people to innovate and take control of their lives — if Washington will get out of the way. Washington needs to recognize that and empower people to do so.

The LIBRE Initiative’s “Share the Dream” campaign – which launched last week  – reminds us of the promise of America by telling stories about people who built their lives around the American Dream. It focuses on immigrants who came to America decades ago, or more recently. Their stories are our stories — families, faith communities, and political refugees. They have one thing in common: they left their homes because the governments of their countries had lost their way, and made it impossible for people to work, prosper, and lead lives of faith.

It’s time for our leaders in Washington to recommit to the promises that ushered them into office on a wave of hope, and support policies that enable the individual to flourish – policies that spur private sector growth and improve the well being of all Americans.

Daniel Garza is the Executive Director of The LIBRE Initiative and former White House staffer from 2001-2006.