How politics is dashing the dreams of DREAMers 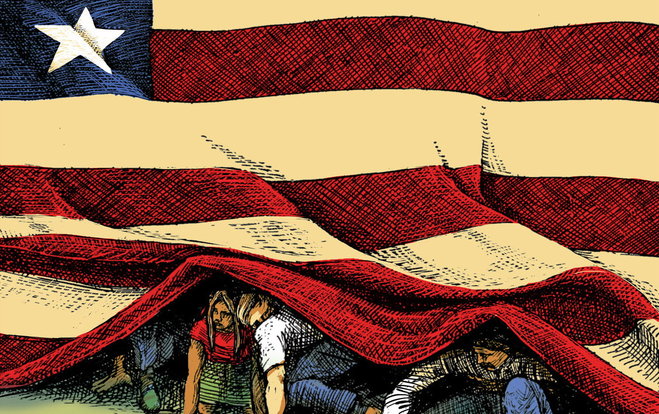 (This article was originally published in the Milwaukee Jorunal Sentinel)

In light of the news from Washington, D.C., about divisions over immigration reform, it is hard to believe that there was at one point an immigration issue that brought Democrats and Republicans together: what to do about the children of illegal immigrants already living in the United States.

However, today, in the shadow of an election less than 100 days away, the hopes of finding a bipartisan solution for these “DREAMers” — undocumented immigrants who came here as children — is fading and falling victim to political games by both sides.

Before the border crisis captivated headlines, DREAMers had friends on both sides of Capitol Hill. And not just among Democrats but also high-profile Republican senators such as Marco Rubio and Rand Paul. In the House of Representatives, the most powerful members, Speaker John Boehner and Reps. Eric Cantor and Paul Ryan, expended precious political capital to mainstream a separate policy for minors. In Cantor’s case, some argue that his efforts played a role in his stunning primary loss in June. But rather than building upon this coalition, political considerations drove the parties apart and dragged hopes of a resolution down with them.

On one side, Republicans have failed to deliver on their piece-meal approach to immigration reform. While there was a growing consensus in Congress that the plight of these children needed to be addressed legislatively, no such legislation was introduced and no vote scheduled. The GOP-led House did, however, act to address the current border crisis: a solution whose merits are debatable, but a solution nonetheless. Sadly, the vote was joined with another to limit the only relief DREAMers currently have — the Deferred Action for Childhood Arrivals program — and pushed DREAMers into further uncertainty.

On the other side, the president continues to play politics with the issue. In 2012, as Rubio was working on a GOP Senate alternative, the president decided to go it alone — squashing legislative efforts in order to position himself more favorably with Hispanics for that year’s elections. He is doing so again now. Rather than head to the Capitol and work with Congress to find a solution, the president continues to deliver speeches from the Rose Garden and issue threats of unilateral action — the most current of which is expected to expand and cover an additional 5 million undocumented immigrants.

While many Hispanics may welcome the president’s move, it’s essential to acknowledge that these are the same unilateral actions that have deterred true relief for DREAMers and will only continue to do so. The president’s actions to cater to Hispanics on the eve of elections place immigrants at greater risk of unintended consequences and push true relief further away.

The current border crisis is an example.There are a number of factors contributing to it, but even the administration has admitted that its Deferred Action for Childhood Arrivals policy is partly responsible. Without a legislative solution, smugglers have manipulated the situation to their advantage. And now, the country finds itself in the middle of a humanitarian crisis that has exposed a weakness on our border and placed impediments to advancing DREAM legislation.

In short, the president’s policies have created a disastrous trifecta — increasing human trafficking, separating new waves of children from their families and decreasing the hopes of a bipartisan, long-term solution for deserving DREAMers. Such are the repercussions of President Barack Obama reneging on his promise to pursue immigration reform in his first year in office (when Democrats controlled both House and Senate) — as well as his penchant for skirting Congress and abrogating his constitutional duty to enforce laws.

Time will tell whether the actions by either party will further erode their ratings among Latinos. But for the time being, Latinos are taking note of the failed promises and are not happy. A recent poll illustrated that 68% of Latinos disapprove of Republican efforts on immigration. Similarly, the president’s approval numbers among Hispanics have dropped from a high of 67% to 44% since early 2013. That’s an astonishing 23-point drop, the largest and fastest drop of any demographic. Clearly, Hispanics are punishing the president for not passing immigration reform, for rolling out a destructive health reform plan with an insulting Spanish language website and presiding over an economy that has put 2.6 million more Hispanics in poverty while driving down Hispanic family income.

It’s time to put politics aside and find a solution to our immigration problem, both for the millions waiting for relief as well as for the country. Hispanics want leaders, and they want to adhere to the rule of law. After all, many have lived under the alternative and have risked everything — including their lives and the lives of their precious children — to escape it.