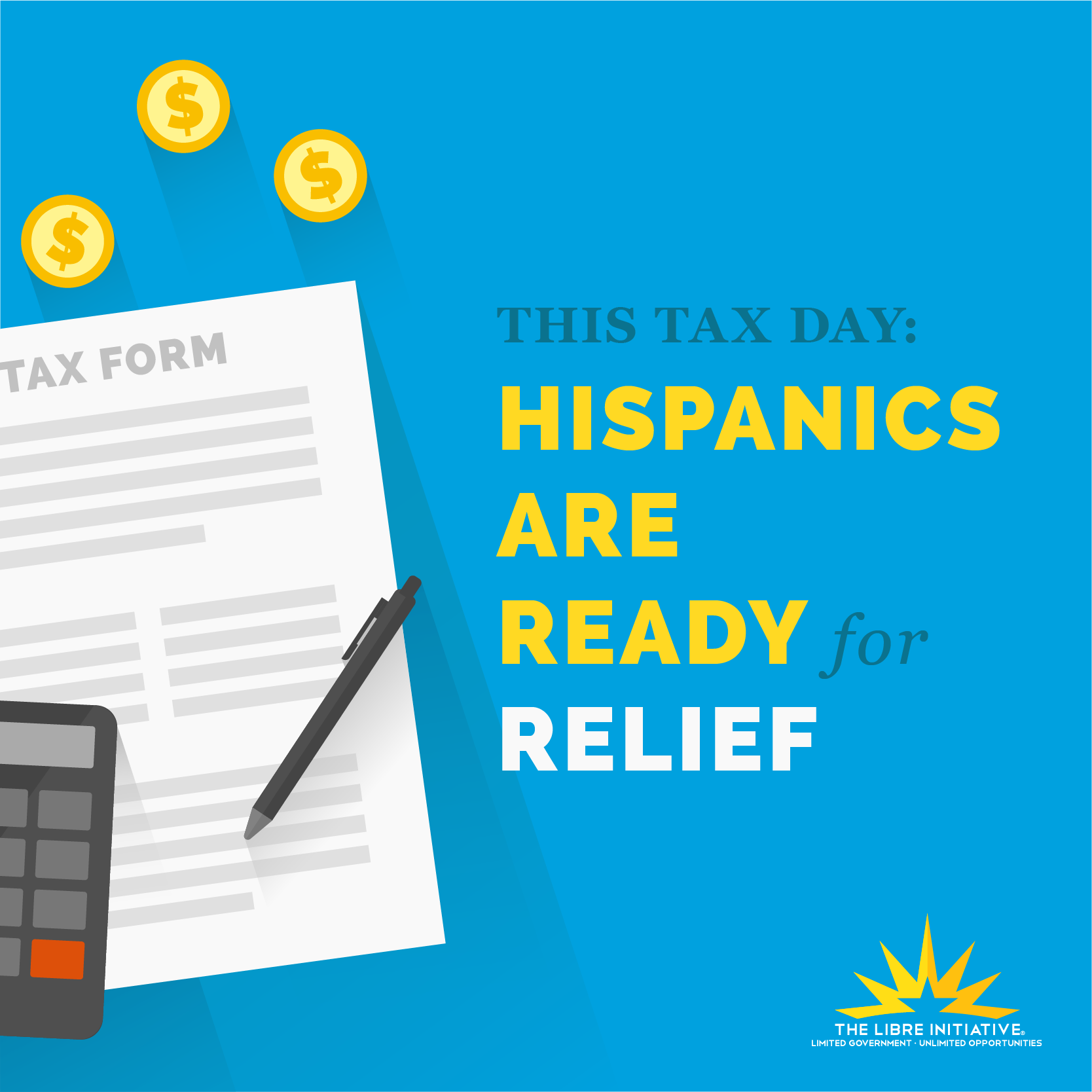 This tax day, whether you’re struggling to comply with the thousands of pages in our tax code, being forced to give up huge chunks of your earnings, or shelling out tons of money to have someone else file your taxes for you, we can all agree on one thing—we need comprehensive tax reform.

It’s been more than thirty years since Congress has made any major changes to our tax system. The American people have suffered under an unfair, complex, and burdensome tax code for far too long.

The Hispanic community, more than any other, still believes the American Dream is within reach. To help make achieving this dream a reality, we need lower tax rates so families can keep more of their incomes and businesses can make investments that grow the economy and expand the opportunities available.

Congress is working on lowering the corporate tax rate to 20 percent, but they are also considering a provision that would slap a 20 percent tax on imported products—which would force Americans to pay billions more each year for everyday items and threaten millions of jobs.

Comprehensive tax reform needs to reduce the overall burden on Americans, not add new sources of revenue so the government can spend more of our money. There is no shortage of ways that our government can spend less – and smarter – while lightening the load for ordinary Americans. It can eliminate special tax treatment for special interests, end wasteful government programs, and fully repeal Obamacare and all of its burdensome taxes, to name a few.

Obviously, simplifying the tax code is also a must. That, in addition to making the tax code fairer and flatter, would go a long way toward making tax season a little less of a bummer for all of us.

Click here to see the different ways Congress can reduce spending while working toward tax reform.