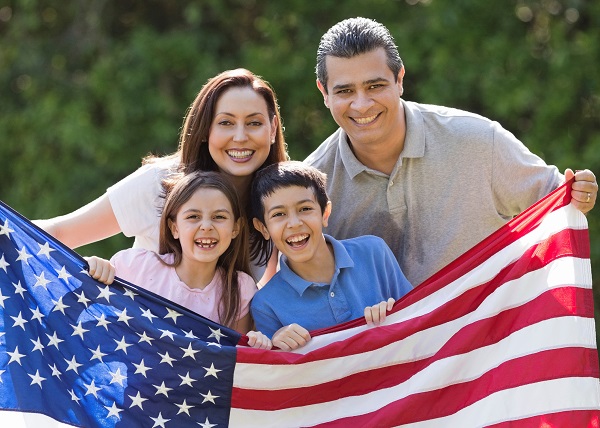 This week marks the beginning of Hispanic Heritage Month and we could not be prouder! Since 1968, the U.S. has celebrated Hispanic heritage and the many Latino cultures that embrace America as their home. Rather than exist within the confines of just one particular month, our 30 day celebration spans two – a move done to encompass the independence days of several Hispanic countries as well as Columbus Day. While it may seem odd to have a U.S. celebration rooted in the heritage and independence of other countries, to us, it makes it all the more special. America is a beautiful melting pot that is built on its embrace of immigrants. And in that spirit, over the next month we celebrate not only where we’re from, but where we’re headed.

Hispanics are a growing part of American culture. Hispanics in the U.S. are more than 54 million strong, a Latino population second only to Mexico. We create businesses at twice the national rate, prepare more meals at home, go to the movies more than any other demographic, and are more likely to share our “likes” on Facebook. America is our home. While we’ve come from near and far with an array of backgrounds, we all share one common thread – the yearning to breathe free. We may have started our journeys in different places, but we are proud to be living our dreams here in America.

It is no easy task to leave your country of origin in search of opportunity, but Hispanics do not regret the decision. The United States has shown us what it means to live free – the dignity of defining our own dreams through hard work, the opportunity to create better futures, and the ability to contribute to a greater sense of prosperity. Those beliefs make us part of the American fabric.

In the wake of President Obama’s broken promise on immigration reform, the debate on whether Latinos in this country are Democrats or Republicans has once again been reignited. But the truth is no label will suit us (even our own internal debate on the term Hispanic vs Latino has yet to be settled!). We are not blindly committed to any particular party, rather, we are committed supporters of freedom. In the past, Hispanics have voted for presidents of differing parties, we have elected officials on both sides of the aisle and as of late even an increasing number of us are identifying as Libertarian. We care for our fellow man but realize that no government should dictate the ability of any person to prosper.

At LIBRE, the pride of being Hispanic in the U.S. runs deep. It is who we are. We understand that like many before us, Latinos came to the U.S. to follow the American Dream and we are thankful for that opportunity. But thankful is not enough. As beneficiaries of that special gift, we are also responsible for defending it. That is why we share the dream. We are committed to spreading the ideals of economic freedom and well-being because we’ve lived it and know it will serve to improve the lives of our community and the country. Over the next month, we will celebrate the unique contributions Hispanics are making to the U.S. We will celebrate where we are from and illustrate how proud we are to be in America. We’ve come to American to build a better future for our children, our families and our country. We know our future is greater than dependency and we take great pride in that: ¡que orgullo!