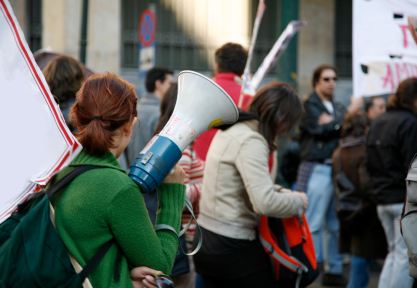 In Los Angeles, a labor union has stirred up quite a bit of controversy this summer by demanding an exemption from the city’s new $15 minimum wage; an ordinance it fought for vigorously.  They claim to be for the workers, but instead they are inconsistent, which raises serious questions about their motives.

“With a collective bargaining agreement, a business owner and the employees negotiate an agreement that works for them both.  The agreement allows each party to prioritize what is important to them,” local union boss Rusty Hicks told the Los Angeles Times.  “This provision gives the parties the option, the freedom, to negotiate that agreement.  And that is a good thing.”

Many have called the move hypocritical, and pointed out that the push for an exemption goes against what the unions had been arguing for all along.

“It was a real surprise that in the 11th hour that labor was saying, “˜Well, we basically support a sub-minimum wage if a company decides to enter into collective bargaining,'” remarked City Councilman Mitch O’Farrell. “And that really is a complete contradiction to what they’ve been saying the last couple of months.”

While such an exemption clause may seem counter-intuitive, they are relatively common practice throughout the United States, according to a report by the U.S. Chamber of Commerce:

“This “˜escape clause’ is often designed to encourage unionization by making a labor union the potential “˜low-cost’ alternative to new wage mandates, and it raises serious questions about whom these minimum wage laws are actually intended to benefit.”

Free marketers often point out that while raising the minimum wage sounds like a good idea on paper, it can often have unintended consequences.  For the unions, however, some of those consequences are entirely intentional.

The left conveniently ignored this economic argument during their so-called ‘fight for $15,’ but now that it works for them they understand it just fine.  By exempting unions from the minimum wage ordinance, employers around the city face a strong financial pressure to unionize their work forces to reduce costs.

It’s pays to be on the winning team when government grows too big, and Hispanics workers are about to find that out the hard way.  Hispanics have the lowest rate of unionization in the United States, and the union exemption clause will leave Hispanic workers in the dust.  By making Hispanic workers artificially more costly to hire, the union exemption may force many to make a difficult choice: pay dues to the union, or risk losing your job.  By manipulating the system to create an advantage for themselves, the unions gain at the expense of everyday workers. That is great news for the union bosses, but bad news for Hispanics.

These unions do not believe they should have to play by the same rules as everyone else.  For years, they have pushed back against opponents of minimum wage hikes who argue that raising the cost of labor will reduce employment, but now that they find themselves subject to such policies, they are singing a different tune, seeking to be exempt in order to gain an advantage.  Hispanics, like all American workers across the country, should take notice.