Who Is to Blame for the Border Crisis? 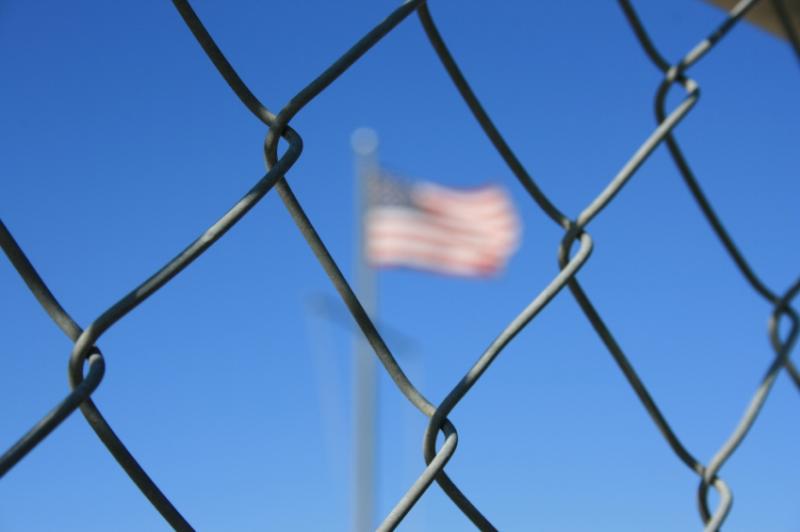 (This article was originally published on the National Journal)

The false illusion Americans once held about the security of our nation’s borders has been shattered. Those were days of innocence. Now we face an immigration swell driven in part by cartel activity, gang violence, and human sex trafficking—as well as an ill-advised executive action. It has become a crisis we did not ask for, but it is a crisis we are now forced to reckon with.

The arrival of thousands of needy Central American children is testing America. It has exposed a deficiency in leadership, tried our compassion, and forced us to acknowledge our weakness in guarding our borders.

Americans rightly think of themselves as a compassionate people. Many routinely send money to ministries who evangelize in far off corners of Asia. They take to social media to promote awareness of the raped and the enslaved in remote Africa. Millions faithfully sponsor very poor children languishing in third world countries. But now, when the challenge of scarcity and want arrives uninvited on our doorstep, many Americans are torn.

Is this burden of immigrant children (and adults) one we must accept? Where will we house detainees? How will we address medical needs? Should we send them back–and how quickly? Isn’t someone else responsible for them? Who will pay for it all? These are the questions of the day.

The world’s poorœ—the crush of huddled humanity and the tired masse—have overcome our ability to keep them out, and many Americans have drawn a line on their limits for compassion.

With an understandable desire to protect the integrity of our borders and take a stand against a feeling of lawlessness, American citizens are blocking DHS buses full of immigrant children and are packing town halls to call on politicians to send immigrants back to their countries of origin. Even the liberal governor of Maryland has refused to accept these children, while hypocritically saying it would be wrong to send them home.

Where is the president in all this? The fact is, Barack Obama is not without blame. It appears that the unilateral June 2012 executive order creating the Deferred Action for Childhood Arrivals program was motivated purely by political self-interest, with no regard for the surge it would set in motion thousands of miles away. When President Obama announced to our hemisphere’s poor that his administration would turn a blind eye to the legal status of minors, we quickly saw the response in Central America’s poverty-stricken shanty towns.

Many argue that this order spurred thousands and thousands to travel across often inhospitable and arid Mexican terrain. Whether by foot, packed in buses, or on top of trains they will continue to come. Except now immigrants are running toward U.S. Border Agents, not from them. Sadly for them, Washington politics sent them an engraved invitation, but the flights returning them to their home countries have already begun. They are victims of bad policy and our president’s clumsy attempts to balance two opposing policy demands.

On one side of the argument are those who call for immediate deportation of anyone intercepted, caught and detained at the border, without exception. Others would open the borders to anyone asking for asylum, claiming refugee status, or simply expressing desires to attain the American Dream. It is an argument being played out in American media outlets, town halls, and the halls of government.

Predictably, in Washington, America’s elected leadership have stalled any agreement on immediate action, just as they have done with the broader need to pass immigration reform. In line with what has become an all too common response, the White House’s solution is to throw more money at the issue—requesting nearly $4 billion in emergency funding but providing no sustainable plan to deal with the crisis. On the other hand, Republican members of Congress have voiced opposition to the requested funds and are focused instead on reforms to an existing law that has been abused by those smuggling in the children. As the debate drags on, the partisan deadlock has only worsened the situation. Potential future immigrants are being told every day that the American border remains porous as a result of inaction on immigration reform that would significantly enhance border security.

All of this has resulted in horrendous political outcomes for both sides. A July Washington Post poll shows 58 percent of Americans disapprove of the president’s handling of the buildup of undocumented children on the border, compared with 33 percent who approve. Even among Latinos, a 54 percent majority disapproves. Still, congressional Republicans have actually fared much worse, with 66 percent disapproving of their handling of the border issue and just 23 percent approving.

Whether Hispanics will be motivated to vote against Democrats for the ineptitude they have demonstrated on everything immigration, or to vote against the indifference to the plight of immigrants shown by a loud and vocal group of Republicans remains to be seen. Either way, the public debate and policy that comes from it doesn’t have to come down to the two most extreme options: “deport them all” or “open borders.”

Republicans and Democrats can act in the interests of the children, preserve the dignity of the individual, and all the while send a clear message to others considering immigrating to America illegally. That means addressing the immediate needs of each individual immigrant, providing a speedy assessment of asylum claims through an immediate adjudication, reunifying any children with parents inside the United States, and deporting those who do not fulfill the requirements of our current immigration law. (That includes the much-maligned 2008 law meant to protect those most vulnerable to the dangerous situations of human-trafficking and gang violence they face back home.)

It also means that Obama must stop threatening to take executive action on issues that require a permanent, bipartisan solution. If anything, the plight of immigrant children caught up in this border mess is yet another reminder that arbitrary, politically self-interested policies produce terrible consequences. While this is ultimately a crisis born from incompetence of leadership in the White House, it is partly due to Republican inaction as well.

This crisis is testing our resolve and forcing us to examine our own sense of compassion. It is also a crisis that can bring out our better angels, just as previous crises before have done. In the end, in the face of so much need, the American people will help immigrant children.

It’s what we do. It’s what makes Americans exceptional.