The White House Continues to Push Hispanics into Sub-Par System 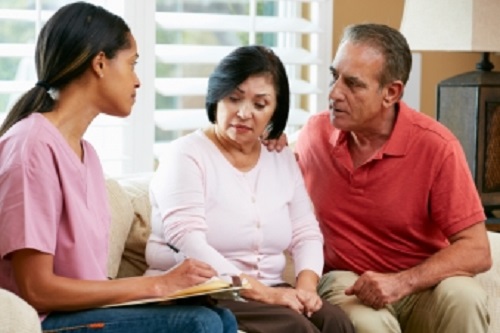 While there has been much discussion regarding the technical issues and soaring premiums found on the exchanges, little has been focused on the millions of Americans pushed into the Medicaid system under the Affordable Care Act. This push towards the government-funded program falls short of the promises that President Obama made to Hispanics when championing his signature law. While it will help deliver Medicaid insurance cards to more Americans, the sad reality is that their use of the program will result in limited access to health care and in some cases worse health outcomes. And because many of those targeted for enrollment are Hispanics, it is our community that will suffer the consequences.

This is precisely the topic tackled by Doctors Robert Garboyes and Mario Villarreal in their recent piece, How Medicaid Fails Hispanics.

In it, they argue that Hispanics are especially likely to fall into Medicaid and suffer because of it:

According to another 2013 KFF report, almost 14 million uninsured Americans who are eligible for Medicaid and related public programs are not enrolled. And a recent study by the Department of Health and Human Services suggests that millions of uninsured Hispanics may qualify for Medicaid. The ACA aims to increase Medicaid enrollees by about 15 million—a large share of whom may likely be Hispanic.

According to a recent HHS report, eight out of ten uninsured Hispanics qualify for Medicaid under the ACA, representing over 8 million Hispanics.  But the impact is not limited solely to the uninsured; hardworking families and individuals that may not want the government program will find themselves with no other choice:

It also forces a substantial number of people out of private insurance and into a broken program.

Under the ACA millions will lose access to private insurance coverage and instead find themselves with inferior coverage under Medicaid. For example, in any state that chooses to expand Medicaid, a family of four earning between $23,850 and $31,721 will lose eligibility for subsidized private insurance and, practically speaking, will have no choice other than to sign up for Medicaid.

And once they have signed-up, Hispanics will find a shortage of health care options only made worse by the ACA:

Medicaid pays doctors and hospitals less than almost any other insurance program. So, many providers—often the best ones—refuse to accept Medicaid patients. Patients get lower-quality care, and they wait longer to get it. Many give up in frustration and resort to seeking care in emergency rooms, where they encounter an entirely different set of problems. The ACA will inevitably worsen this problem by increasing demand for Medicaid services, while at the same time driving down the number of doctors willing to take Medicaid patients.

Given the issues many are now facing under the Affordable Care Act, it is no surprise that Hispanics across the country are turning away from the law.  Among Hispanics, views of the law have worsened significantly during the enrollment period, and continue to trend negatively. According to the recent University of Texas poll, a majority of the state’s Hispanic population now has an unfavorable view of the law – with a stunning 41 percent saying they have a “very unfavorable” opinion of this new system. Earlier this month, a poll in Colorado found that 57% of Latinos in that state disapproved of the ACA. Nationally, a recent poll from PEW illustrated that Hispanics were split on the law, signaling a sharp drop in support since just late last year. Hispanics, like all Americans, deserve better solutions than what Obamacare is forcing upon them.