Tax Extenders Benefit the Rich at Everyone Else’s Expense 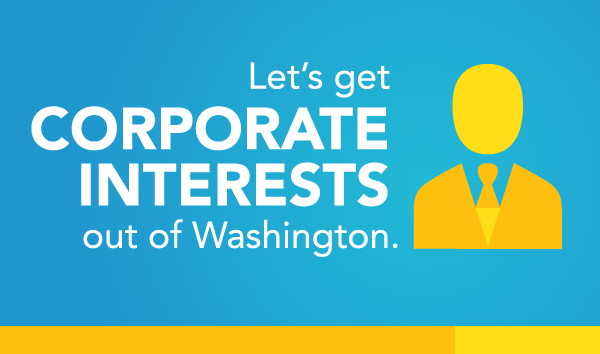 If the 2016 election has taught us anything, it’s that Americans are fed up with Washington insiders living by one set of rules while the rest of us are forced to live by another. Unfortunately, it looks like some people still haven’t gotten the message, as Congress mulls the extension of $20 billion in tax breaks for favored industries in the lame duck session. Over 30 free-market groups have joined together in a coalition to stop this crony gravy train in its tracks, and rein in the out of control spending that so often slips through during lame duck legislative sessions, where legislators who have just lost re-election write one last check for their special interest friends before they leave. While politically-connected special interests receive billions in taxpayer dollars, U.S. Hispanics and all Americans are left holding the bill.

“The American public has spoken that they want to see change in Washington and one of the changes they want to see is an end to this, in effect, pay-to-play,” said Americans for Prosperity President Tim Phillips, in a statement. “Groups that have lobbyists, that give a lot of money, that are well-connected politically, they get special treatment in the tax code or with taxpayer dollars. We want to see those ended, and we want to see a genuinely clean spending bill this year.”

Yet unlike most welfare, which goes to the poor and needy, corporate welfare overwhelmingly benefits the wealthy and the well-connected, costing taxpayers billions. We don’t need to hand out $35 million to timber companies, $95 million to Hollywood movie studios, or $324 million for favored commercial buildings. These massive, cronyist, corporate beneficiaries have little in common with the typical Hispanic business. In fact, 90 percent of Hispanic businesses are one-person entrepreneurial outfits, a figure markedly higher than the national average.  Despite the size of their companies, these entrepreneurs contribute billions of dollars to the economy every year. Instead of doling out billions of dollars to select groups of politically-connected businessmen, why not pass broad-based tax and regulatory reform that will help Hispanic entrepreneurs and all Americans?

The Latino community is getting a raw deal. Corporate welfare and cronyism benefit the few at the expense of the many, and reward companies for their political connections rather than the value they create for their customers in a free market. These harmful policies seriously distort the economy and create an uneven playing field, while leaving taxpayers to pick up the tab. Making matters worse, these programs are very difficult to undo once they are in place: the select few who benefit have a strong incentive to make sure the tax dollars keep flowing, while the wider population of taxpayers who bear a smaller, dispersed share of the burden, have less of an incentive to protest. Over time, these favors to special interests expand and become more entrenched, driving a gap between the rich and the poor and creating a two-tiered society.

Why should hard earned Latino tax dollars line the pockets of lobbyists and big businesses who already rake in billions of dollars a year? No one should be expected to pay for that. If a business creates value for society, the profits it earns from customers are the only reward it needs. If it doesn’t create value for society, the government has no business propping it up.