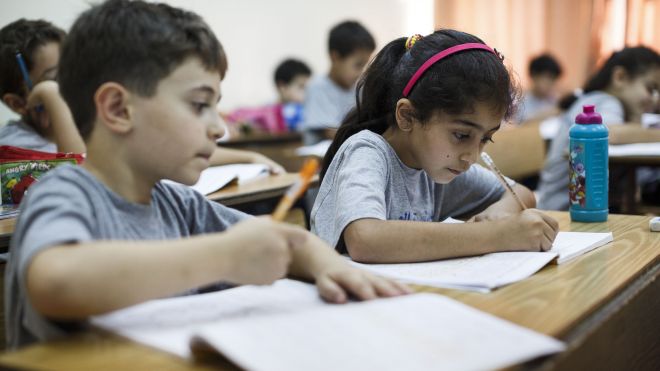 President Obama’s almost celebratory claim during the State of the Union that the U.S. high school graduation rate has hit an all-time high was based on accurate numbers, but as pointed out by the Washington Post, it ignored the big disparities that still exist in the graduation rate between minority and white students.

Hispanic students are still lagging behind in our schools and their achievement gap with white students remains as wide as ever. Hispanics 18-to-24 years old graduate at a rate of 79 percent, compared to 89 percent for whites. Similarly, the dropout rate for Hispanic students 18-to-24 stands at 14 percent, compared to 5 percent for whites. According to the latest numbers of the U.S. Department of Education, in 2013 only 23 percent of Hispanic 12th graders were at or above the proficiency level for reading, compared to 47 percent of whites. In math, the achievement gap for Hispanic 12th graders is even larger, with only 12 percent of Hispanic students at or above the proficiency level compared with the 33 percent of whites.

In recent years, progress has been made in increasing the graduation rate of Hispanics, but these numbers remind us that it is not time to celebrate yet, especially when we know that the number of Hispanic public school students is projected to increase from 12.2 million in 2012 to 15.6 million, representing 30 percent of total enrollment in 2023. We shouldn’t be optimistic about our country’s education or economy until we know that all children are receiving the education they need to prepare for college and compete for the jobs of tomorrow.