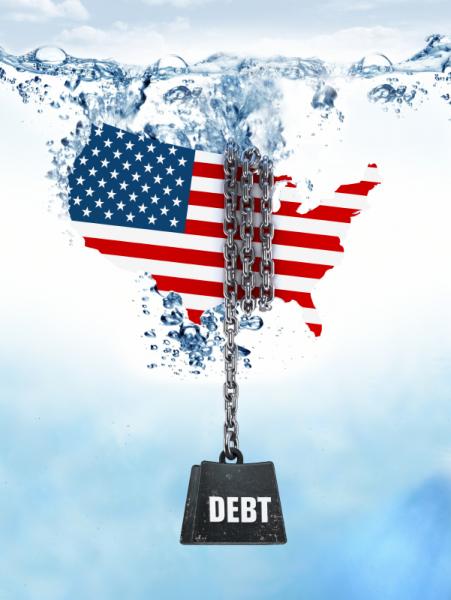 Hispanics are the fastest-growing and youngest demographic in the Unites States. With a median age of 28, Hispanics are a decade younger than the general U.S. population (38 years old). According to the U.S. Department of Labor, Hispanics will comprise 19% percent of the total U.S. workforce by 2020. Given these numbers, Hispanics will increasingly play a greater role in the life of our country, and their economic wellbeing will in great part determine the wellbeing of the nation. Despite their financial savviness, carrying less debt than non-Hispanics, young U.S. Hispanics, like all Americans, are expected to suffer from the consequences of high levels of U.S. debt and from the current irresponsible fiscal policies.

Currently, the U.S. debt held by the public hovers near 73 percent of GDP, an incredibly high level not seen in almost 60 years. And there is no sign of it getting better. Last week, the Congressional Budget Office released its latest report on the U.S. long-term budget outlook, outlining reason for concern. Despite slowing growth in healthcare spending in the short run, the gap is expected to widen again and U.S. debt will exceed the current percentage of GDP in just six years. By 2039, this debt will exceed 100% of GDP. Weighing heavily on the debt are increases in the cost of major government programs such as Medicare, Medicaid and Social Security. Given the gravity of the situation, many economists are repeating their warning that the current level of U.S. debt is unsustainable and the prosperity of future generations is at risk.

According to recent scholarly research on the topic, running a high level of debt will progressively weaken the economy and condemn the country to a future of slow economic growth. Last year, a study by the Heritage Foundation showed the tangible consequences of persistent uncontrolled national debt. The study found that the persistently high U.S. debt could easily translate into higher interest rates on mortgages, car loans, and other types of loans. This would make it more costly for families to borrow money and would force them to postpone buying a home, forming a family or owning a vehicle. With higher interest rates, the dream of starting a business would also be put at risk. This is particularly concerning for Hispanics, who currently start businesses at twice the national rate.

The study also highlights that inflation might rise as well, making it more difficult for families to purchase virtually any good. According to recent congressional testimony by the President of the American Action Forum, the high U.S. debt and the unwillingness of Congress to rein in spending could pose a disincentive for entrepreneurs to invest in the U.S, one that would hurt job creation and drive up the unemployment rate. But there is also another reason why young Hispanics should be concerned about the high levels of U.S. debt. As explained in a report by the Peter G. Peterson Foundation, Hispanics as well as all Americans will face higher tax burdens needed to fund the government and its obligations, as well as inherit a retirement system that may not be there for when they retire, despite having paid into the program during their working years. Additionally, as more and more resources are required to repay the debt, less and less will be available to invest in key development areas, such as education, national defense and infrastructure.

High levels of U.S. debt pose a serious threat to the economic wellbeing of Hispanic Americans. In fact, it can potentially deny them access to the opportunities that were available to their parents and to the previous generations – goods will be harder to afford, jobs harder to find and wages struggling to increase. Hispanics must demand that Washington begin to curb current fiscal policies, which are slowly but surely eroding any shot at achieving the American Dream.