(Washington, D.C.) – Representative Mick Mulvaney (SC) spoke at the RedState Gathering, in New Orleans this past weekend before a mostly conservative audience. Mulvaney emphasized the importance of outreach to the Hispanic community, so free market proponents can 'get beyond the immigration issue and start talking about economics and opportunities and social issues.'

Click here to watch a portion of Mulvaney's speech: 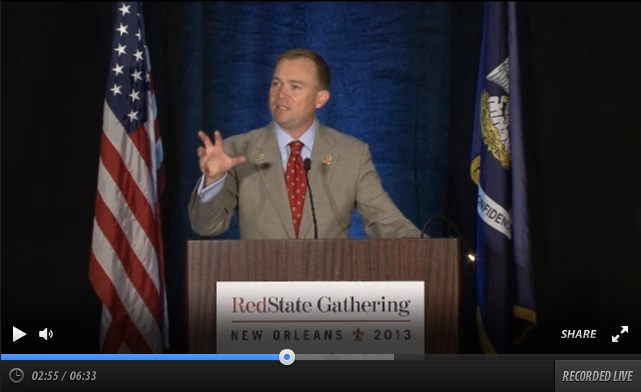 "Congressman Mulvaney took an important message to a conservative audience this weekend: not to lose the opportunity to include more people in the debate on the economy. He is exactly right. America's Hispanic community knows the importance of reining in government to grow the economy, and the importance of family, and faith. We applaud reformers like the Congressman who want to find a way to reach out to new allies in the fight to improve the state of our country."

Almost 100 Republican leaders have written to Congress encouraging action on immigration reform legislation. And many grassroots groups are using the August recess to hold roundtables, meet with Members of Congress, and to educate about what Congress is debating. Learn more about LIBRE's campaign for immigration reform ESTAMOS CONTIGO and send a letter to Congress via our website asking them to reform immigration now.