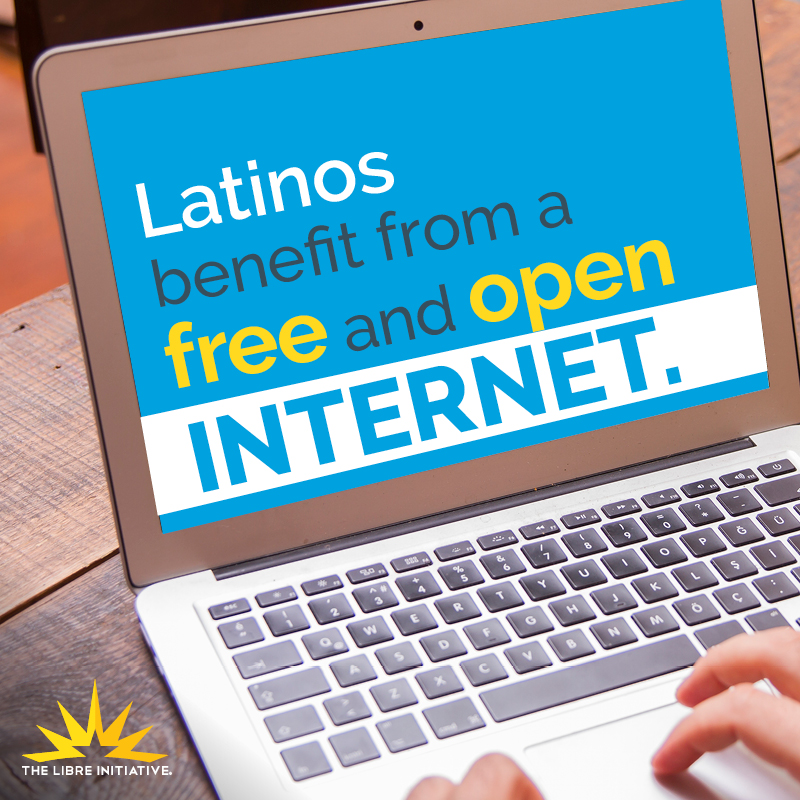 With the debate over net neutrality raging in our nation’s capital, many activists are calling for Congress to enact durable, legislative reform, saying leaving significant regulations like Title II in the uncertain hands of the executive branch.

Where have we heard that one before?

The Latino community has seen what happens when government attempts to pass reforms through temporary executive orders – such as what happened with DACA and DAPA – only to have new administrations threaten to yank them away. Now we face the same problem, only this time with internet regulation.

Under the last administration, a power grab by then FCC Chairman Tom Wheeler called Title II was pushed through the FCC on a partisan vote under the deceiving name of “net neutrality.” The new rules attempted to regulate the Internet using a Depression-era law, the 1934 Telecommunications Act, designed to regulate the telephone monopoly. The rules treated broadband provision like a monopoly – an unfair characterization – increasing the cost of doing business and therefore undermining the competitiveness of the industry. Since Title II was originally discussed in 2011, broadband investment began to decline, leading to a total loss of $160-$200 billion by 2015, when – against the advice of many experts in the industry – the rules were finally implemented.

Of course, this drop in broadband investment will not harm the Internet connections of DC bureaucrats or regulation activists in New York or San Francisco. It will be Americans who currently do not have consistent Internet access, and who desperately need it, who will suffer. With increased costs of doing business, areas of the country that would previously present a small profit margin for service providers could now be unprofitable for investment – leaving many Latino families permanently disconnected.

The FCC’s current chairman, Ajit Pai, has a better plan. With a renewed focus on closing the digital divide and cutting red tape for business, the new policy will be able to bring more Latinos – and all Americans – online than ever before. As part of this effort, the FCC has moved to get rid of Chairman Wheeler’s poorly calculated Internet regulations that have been in place in recent years. While many on the left created hysteria in claiming this will “shut down the web” and usher in an online dystopia, he is simply planning to allow the Internet to run as it did until the end of 2015 – as an open and competitive space where market incentives and innovation thrive.

By freeing the net from government overreach, Pai will return to the bipartisan hands-off approach to Internet regulation that allowed the Internet to become the liberating and economic force that it is today. Indeed, the web more than almost any other industry shows us that when government gets out the way and allows individuals and businesses to openly compete, we all benefit.