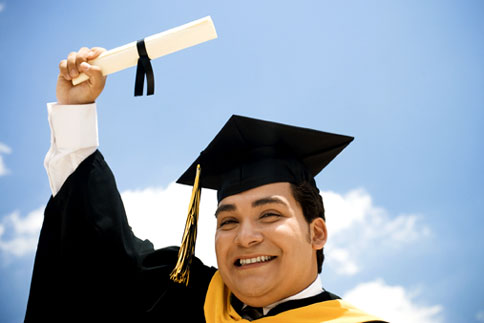 Leading up to the 2014 midterms, the White House’s focus is increasingly on issues related to women, presumably in an attempt to pivot from the unpopular healthcare law and regain support from their base. In a recently released “fact sheet” (which contains proposals for increased government involvement in education and labor, and few actual facts), the Administration outlines a series of events taking places during the upcoming months to discuss “efforts to expand access to higher education” for women, among other loosely defined long-term goals. Continued achievement for women in academia and the workplace is essential to the future growth of our economy, but is a renewed focus by the government necessary?

Women in general and Latinas specifically are already making big strides when it comes to participating in higher education – and have been doing it on their own for years. According to the Department of Labor, 32% of women now have a bachelor’s degree at age 27, compared to just 24% of men. The difference in achievement between the sexes is even greater in the case of Hispanic women. In 1994, only half of Hispanic women who had completed high school went on to enroll in college the following fall. According to a Pew Research Center analysis of U.S. Census data, 75% of Hispanic women now enroll in college, a 13-point difference from Hispanic men, which represents the largest difference between genders in a specific ethnic group.  Women also graduate at a higher rate than their male counterparts: in 2010, women surpassed men by eight percentage points, reversing the advantage that historically went to men.

There are, of course, existing barriers to women’s success in education that do need to be remedied, but more government intervention will only exaggerate the matter. The cost of tuition becomes more unaffordable each year, tripling in price from $10,783 in 1973 to just over $30,000 in 2013 on average for a private four-year institution, and almost quadrupling in the same category for public four-year institutions. Why would average tuition increase at around 19% beyond the rate of inflation in a given timeframe? A large part of the answer is government involvement in student loans, which attempts to insulate consumers from price increases but really just allows universities to continue raising rates.

Another barrier to women’s success in general is the fact that even once we find a way to budget for our degree in, the job prospects waiting on the other side look pretty bleak. With an employment rate of 8.8% for Latinas that won’t budge, the last thing job-seekers and would-be entrepreneurs need are bigger barriers and tighter regulations that make a difficult task nearly impossible. Unfortunately, the proposals from the “fact sheet” referenced earlier seek to do these very things: more meddling with student loans, more ‘investments’ that increase the debt, and new rules that will limit choice, especially among minorities. It is more of the same ill-advised policies that women just don’t want.

The solutions offered do not get to the real problem, which is inappropriate government meddling in areas our lives that we are improving already through our own voluntary initiatives. The Administration should have learned this lesson with healthcare, the very issue from which it now seeks to distract.  If they really wanted to help women succeed in education and the workplace, it would stop impeding and let us do it on own. Which, by the way, we already are.