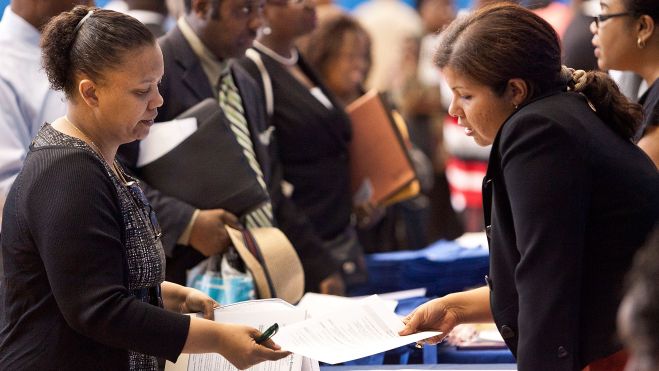 The Bureau of Labor Statistics released another jobs report last Friday, and like almost every other report over the past few years it contained little in the way of good news. In fact, upon first reading the report the first term that sprang to mind was “insanity.” Not insane as in mental illness, but more along the lines of Albert Einstein’s definition of insanity: doing the same thing over and over again but expecting different results.

By that definition, America is going insane. We have tried the same tax and spend ideas for five years now with nothing to show for it. The problem is that as a country we keep voting for and supporting policies that we’ve seen fail time and time again. We elect leaders who institute policies of bigger government with more taxes and that try to tell you how to run your own business because “they know best.” Does the government know best? Does some lifetime bureaucrat that works in a cubicle all day know what is best for your business? More often than not that answer is no and so they keep trying the same old ideas over and over again. So, like Einstein’s definition of insanity, we keep repeating our mistakes and expecting better outcomes.

According to the latest BLS report, the unemployment rate actually dropped nationally from 7.4 percent to 7.3 percent, but that’s a false trophy. The number dropped because we have the lowest of people in this country working in 35 years. To put that in perspective, we have fewer people working today than we did when there were 100 million fewer people living in America. The job market is so bad that people are simply giving up and feeling hopeless – and Washington reports the numbers as an improvement in unemployment! Now, while those numbers are sobering, for the Latino community the situation is even more critical.

The Hispanic unemployment rate is higher than the national average at 9.3 percent. The unemployment rate for Hispanics ages 16-24 is 18.1 percent. This is particularly troubling since the Hispanic youth population is the fastest-growing in the country, and many young Latinos work to assist their families or put themselves through school.

Furthermore, as a community, Latinos start their own businesses at three times the national average. That means that Hispanics are directly hurt by the ever-increasing number of regulations that are imposed on small businesses. Look at the Affordable Care Act (ACA), also referred to as Obamacare – even though it’s being lauded as especially beneficial for the Latino community, it’s actually going to kill jobs and make it harder for the Hispanic business owner to retain his employees or maintain their full-time employment status. If national companies like Forever 21, Red Lobster, and even Sea World can’t keep their employees at full-time and companies like UPS can’t keep spouses on health insurance plans because of this horrible bill, how are you supposed to?

Obamacare will also put a burden on young Latinos who enroll in the program. The ACA will require those aged 18-34 to pay more so that those who are older and sicker can pay less. This plan forces young Latinos to pay hundreds more for plans that don’t fit their needs. In fact, for many, it would be cheaper to pay the tax penalty under Obamacare and pay cash to visit the doctor!  So not only will there be fewer jobs for Latino youths as a result of Obamacare, but Latinos won’t even get the cheap health insurance that they were promised through Obamacare.

The Latino voice is growing more powerful by the day. It’s time that we stand up and cry out for an end to the insanity! Clearly what we’ve been doing for the past 5 years isn’t working; it’s time to demand a new approach from our leaders in Washington. These unemployment rates are unacceptable.

Generations of immigrants have come to the United States to escape big government and excessive regulation which reward the well-connected few at the expense of those who succeed through hard work. Why would we repeat the mistakes of those countries we left behind?

Each and every one of us must say no to more restrictive policies that serve to hurt economic growth – and yes to more freedom, prosperity, and the American Dream.

Brittney Morrett is the Youth Projects Manager at The LIBRE Initiative.