The Government as Chicken Little: After a One-Week Shutdown, Is the Sky Actually Falling? 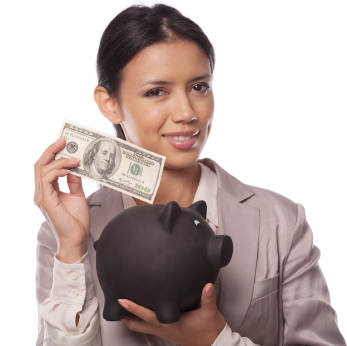 This Monday, we began week two of the partial government shutdown.   While its time Washington put the Nation’s fiscal house in order, failure to pass legislation funding operations and agencies is a foolish way to run a government.  A budget process exists – Congress should follow it. Nonetheless, the shutdown does allow us the opportunity to reflect on what an essential (or non-essential) use of taxpayer funding looks like.   The government-sponsored site, usa.gov, intends to provide a one-page resource to help the American people understand the impact of the shutdown, but instead reads like the introduction to a doomsday film.  It’s focus is one-sided, describing the perils of a temporary reduction of non-essential staff in alarming, dramatic, and upsetting terms, which clouds the discussion on what our government should truly be spending on.  As one reads through the listed impacts, it begs the questions of whether the role is appropriate for government. Here are a few examples:

Forgive the sarcasm, but it is hard not to be slightly skeptical of the alarmism.  The vitally important and legitimate goals of chemical inspections, medical research, and infrastructure improvements could be achieved with or without federal oversight.  It is ridiculous to assume that companies will provide contaminated water simply because the FDA is closed, or that university researchers will all of a sudden stop caring about scientific progress.  (Actually, those who wish to continue working even without pay have been forcibly prevented by the government from doing so).  Many of these goals, while important, do not require government intervention.

The hysterical language is an insulting example of fear-mongering used to justify a bloated government that must be cut back.  As a resident of the greater D.C. metro area – where the situation would arguably be the most obviously precarious – I hardly notice a thing.  Yes, friends who work for the government and have been deemed non-essential have stayed home; but those with whom I have spoken don’t mind because they are essentially getting a paid vacation, assuming the Senate and White House agree to pass the House’s bill to provide them pay.

Curiously, a look at the bottom of the website shows that essential services barely get lip service. “Social Security beneficiaries will continue receiving checks. The U.S. Postal Service will keep delivering mail. Active military will continue serving. Air traffic controllers, prison guards, and border patrol agents will remain on the job.” Why doesn’t our government confidently announce in similar terms how the military will continue protect us from threats abroad and at home? That the USPS will still be delivering life-saving medicines to our sick and elderly through the mail? And that social security will continue providing essential lifelines to our senior citizens?

Out of the mess, one thing becomes clear.  The shutdown is not dangerous for us; the shutdown is dangerous for the federal government.  It has immediately exposed just how much of the government is non-essential, how the country can get along fine when agencies are at limited operations,  and how we do not need Washington to run every part of our lives. Let’s use this time to understand what the government should be investing and spending on and get back to working on fixing our fiscal house through our normal budget order.  We are not a flock of ‘Chicken Littles’.  And the sky is not falling because of the federal shutdown.