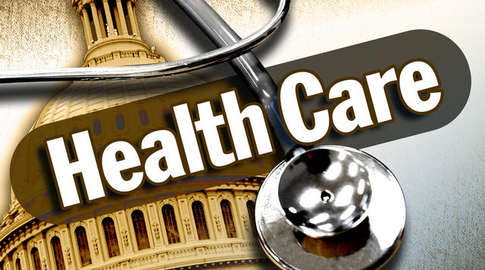 During last week’s Senate Small Business and Entrepreneurship Committee hearing on the implementation of the Affordable Care Act (ACA) also known as Obamacare and its effect on small businesses, Chairwoman Mary L. Landrieu (D-LA) explained that the health care law’s employer mandate on small businesses should be of no big concern, considering that 96% of small businesses are already exempt because they have less than 50 employees.  According to the White House’s website, the law exempts all firms with fewer than 50 employees from the fee, which works out to about “96 percent of all firms in the United States.” However, the Senator’s assertion assumes a static view of our current economy and illustrates the government’s disregard towards the impact Regulation s play in a business growth strategy.  Does Sen. Landrieu truly believe that the mandate will not impact these smaller businesses’ intentions to grow?

During the hearing, witnesses on two panels focused their commentary on the 4% of firms that are subject to the employer mandate.  It was a positive sign that the Senate took the time to hear the legitimate concerns of the small business community, but in the end, it seems that the testimony of the small business owners themselves was largely overlooked.  In a striking example of the ‘ruling class’ vs. ‘the ruled,’ the first witness panel comprised of agency officials from the U.S. Department of Health and Human Services, the U.S. Department of the Treasury, and the U.S. Small Business Administration, departed from the hearing shortly after they had given their testimony and missed that of the second panel – concerned business owners.  It is sad that our government officials, who had just claimed repeatedly to have small businesses’ and workers’ best interest at heart, could not find the time to sit in for an additional minute to hear the concerns of the very individuals whose lives are affected by their policies.

If they had stayed they would have heard from Mr. Kevin Settles, President of Bardenay Restaurant & Distillery, who cites the uncertainty about the law as the reason he has delayed expanding and hiring new workers.  They would have also heard from Mr. Lawrence K. Katz, President and CEO of Dot’s Diner.  Mr. Katz emptied his life savings into his diner and currently employs 85 people.  He will be increasing prices 2-3% to cover costs, or will sell his least profitable diners.  He explained that he will be better off closing two diners (and therefore putting 16 people out of work) rather than paying the fine.  Continued expansion – part of his dream – is now completely off of the table due to this fee as the prospect of adding employees would be economically damaging.

And these small business owners are not alone.  A recent Gallup poll shows that more than 40% of small businesses have frozen hiring because of the health care law.  What was supposed to be a law that took small business interests  into account is now limiting choices and overburdening our nation’s job creators.  Rather than assuming these 96% are not impacted, its time this Administration changed its static view of the small business sector and acknowledge the stifling effect the ACA is having on small business growth and job creation.

Keeping small businesses small should not be the end goal, but rather how to keep them growing to help fuel our ailing economy