Another Year, Another Obamacare Mandate 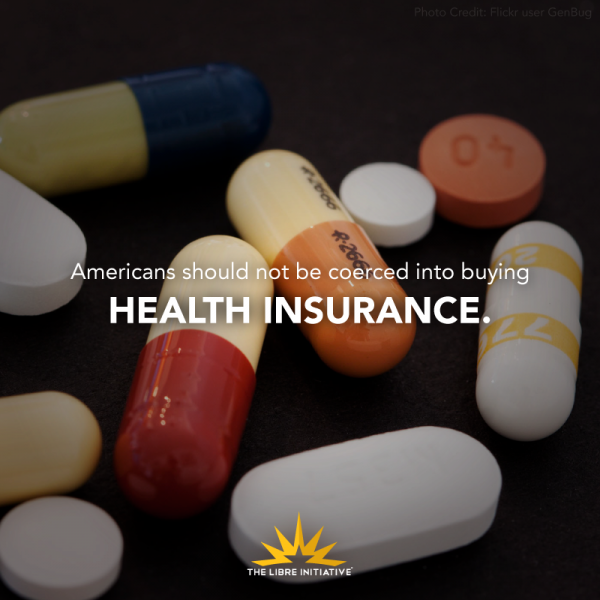 It’s the New Year, and many are seizing this fresh start as an opportunity to plan for the future, setting themselves new goals to achieve a happy, healthy life.  Personal health is on the forefront of everyone’s mind in January, but planning for the upcoming year is not all about new gym memberships and trendy diet plans – Americans are also having discussions about health insurance and coverage, particularly the looming, mandatory expense of the Affordable Care Act. 2016 marks the first year that the tax penalties for disregarding the Individual Mandate go into full effect, and while supporters are busy extolling the virtues of Obamacare, the rest of the country is significantly less enthused about signing up for the President’s namesake law.

Over the years, it has become increasingly clear that a large section of the American population does not support Obamacare, and consequently does not desire to purchase a plan. In fact, in 2015, 77% of Hispanics did not try to enroll or buy insurance in their state or federal health exchange program, indicating that Hispanics more often than not prefer to not interact with this government-sponsored program. However, in order for the ACA to function properly, the exchanges need to have a large variety of people sign up for their plans. They especially need young, healthy people to offset the costs of covering the older and sicker customers. A key area of uncertainty for 2016 is how much the increased penalties will encourage uninsured people to obtain coverage, boosting enrollment in the marketplaces and improving the insurance risk pool.

So, how does the federal government get the American public to sign up for a program that they have no interest in paying for? By forcing them, of course. Enter the now-infamous individual mandate, which is a mechanism set in place to try and coerce more people to buy health insurance at the risk of incurring a large fine. Americans are required to be covered by a health insurance policy which meets the minimum standards under the ACA, or else they must pay an IRS tax penalty, which will be a household average of $969 in 2016, up 47% from 2015’s average of $661. That is an average of almost a thousand dollars that each household gets charged – for not buying a health care plan. Also, the numbers above are just the average penalty – under the ACA, some families have to pay 2.5% of family income in excess of the 2015 income tax filing thresholds, which can be as high as $10,300 per person, or $20,600 for a family.

For many, however, the alternative doesn’t look any better. After calculating the insurance premiums and deductibles, many Americans have found that if they were to buy a health care plan, it would frequently cost over $10,000 – a number that completely dwarfs the average cost of the IRS penalty. Many states have had their premiums rise by double digits this year, and healthy Americans do not want to incur this large cost. Additionally, the cheapest plans available often give little beyond preventative benefits, and are not deemed worth the cost for many Americans.

Americans want health coverage, but they want a plan that is affordable, accommodating, and – above all – not mandatory. Hispanics in particular tend to be young and healthy, so they see no reason to sign up for a health care plan they neither need nor want. The ACA plans have deductibles that are far higher than before the law, and premiums are now rising to the point of unaffordability.

Efforts like the individual mandate might be well-intentioned, but are ultimately the wrong approach. Instead of coercing Americans to sign up for health insurance through an individual mandate, we should focus on creating health care options that encourage everyone to sign up – a position President Obama compellingly espoused in 2008. This is the United States’ 6th New Year’s since the original implementation, yet Obamacare still isn’t working as promised. We need to come together to examine and address these problems, and to create practical resolutions that we can keep in this upcoming year.