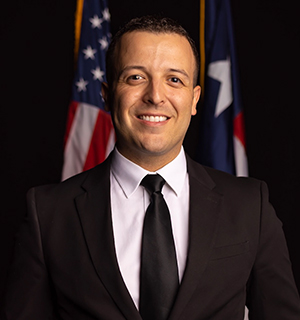 Jorge is a graduate of California State University, Fresno, where he received his Bachelor of Arts degree in Communication. While there, Jorge became founding president of Alpha Gamma Omega, a Christ-centered fraternity. He later earned his Master of Public Administration from California Baptist University.

Jorge has served in various roles with The LIBRE Initiative since 2012, and is currently the Texas Director of Coalitions. In 2015, he was appointed by Governor Greg Abbott to the Texas Physician Assistant Board, and served on the Ethics and Disciplinary Committee. He served as chairman of the Citizens Advisory Committee of the City of Mission, TX, and currently serves as an Accountability Board Member for New Life Family Church in McAllen, TX.