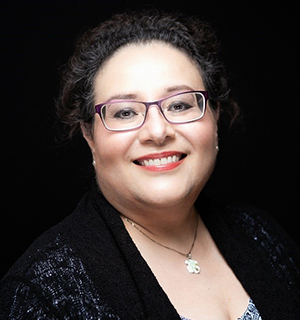 Lair Marin-Marcum is the Ohio Strategic Director for The Libre Initiative. In her past roles, Lair worked for the state of Ohio for over 13 years, first as the State Community Liaison for the Ohio Latino Affairs Commission for 12 years and second as a State Regional Outreach & Hispanic Community Manager for the Ohio Department of Transportation. Lair also worked at Nationwide Insurance in the Corporate Insurance Markets for five years. Lair’s professional career began in Europe where she worked for Canon as Marketing Training Manager for four years, and at Virgin Records international in national artists management for almost eight years. Lastly at SAP as the Europe, Middle East and Asia Corporate Event Director for five years.

In her other many roles in the community, Lair is the President and Chair of the Latina Mentoring Academy “LMA” that is on its 13th Academic cycle. She also leads the Hispanic Chamber of Columbus as the Chair of the Education & Events committee and is the 1st Latino to sit on the South-Western City School District Education Foundation board of trustees. Lair has received many awards and recognitions in Ohio, among them, the 2012 LULAC Ohio Woman of the year award. Lair was also highlighted in the 5th Edition of the 2014 Who’s Who Latino Columbus and the following year she was selected by the Ohio Women for Economic and Leadership Development Organization as one of the Women You Should KnowTM and Welding the Way. In 2018 Lair was awarded the Champion of Change award by The Ohio Diva Movement Extraordinary Women and was recognized by the Columbus Create Foundation for her work in the community. At the Columbus Crew’s 2018 Hispanic Heritage Month game she was highlighted on the field for her diverse roles and work in our Ohio communities. In 2021, the City of Columbus commemorated the 1st Hispanic Heritage Month celebration at City Hall, where Marin-Marcum was honored with the 1st “Esperanza” hope award by the Columbus City Council and the Columbus Mayor. The Columbus city hall was lite up in the colors of the Mexican and Spanish flags. Lair’s other volunteer work encompasses the Red Cross, LULAC, Femergy, Alianza614, The Guadalupe Center, the Mid-Ohio Food Bank, Big Brothers Big Sisters, Franklin County Sheriff’s Advisory Community Board and The American Women Baptist Association.

Lair was brought up between the USA and Spain and studied pre-med at the University of Minnesota and Economics & Languages at the Universidad Complutense of Madrid. Lair also studied violin & voice at the Music Conservatory of Madrid in Spain and continues to perform at local venues, churches, conferences, events, and sports stadiums in Ohio. Lair’s passion is focused in working with all minorities & diverse communities. Marin-Marcum is a strong advocate for Diversity & Inclusion, Health Equity, Education, Mentoring, Music, the Arts, Entrepreneurship & overall Minority Leadership. Lair lives in Grove City, Ohio. She’s married to Tim Marcum, a very supportive, understanding and amazing husband. She has a daughter Mackenzie and two grandchildren, Colt & Daniel.