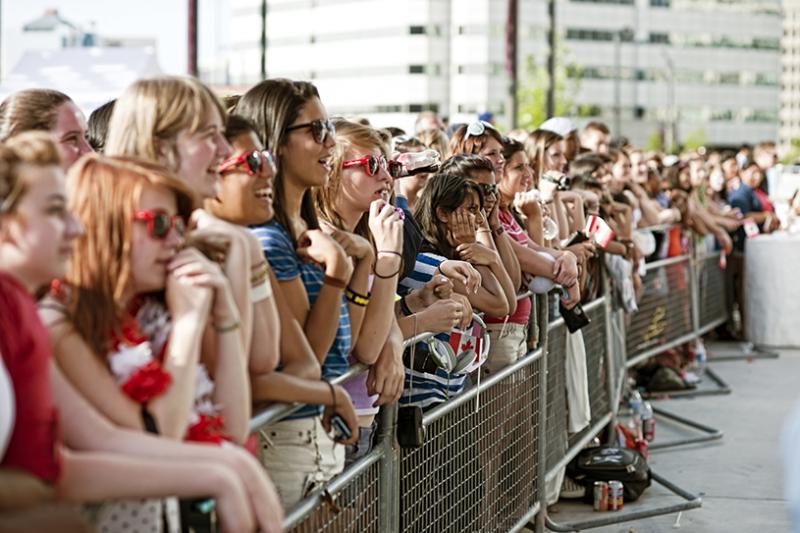 Miley Cyrus’ performance on the MTV Video Music Awards this week brought to mind a quote by English philosopher Roger Scruton, “Beauty is vanishing from our world because we live as if it does not matter.” From her wardrobe, to her props, and dancing (can we even call it that?), Miley’s exhibitionism was as tragic for its raunchiness as it was for its complete lack of sensuality and beauty.

Of course, for all the television coverage and tut-tutting from the chattering class this week, there still remains an overwhelming sentiment that Miley’s is a personal story of a young girl’s rise to fame and the now familiar ritual shedding of the Disney personae. There’s a societal rejection of the idea that this matters to a culture at large (she’s a desperate flash in the pan) and more specifically to our girls, especially those who grew up watching her as the relatively wholesome, Hannah Montana.

“She is NOT Hannah Montana!” That’s what Whoopi Goldberg repeatedly told me on a recent episode of The View I co-hosted when we sparred over a poll that ranked Miley Cyrus number one on a list of celebrities parents most disapproved of.

Yes, Whoopi is right. Miley is not her sitcom character; and yes, she is getting older and has a right to her own life and her own professional decisions. But we cannot pretend as parents or as a culture that it doesn’t matter. Nor can even good and engaged parents rest on platitudes like “she’s not my kid’s role model — I am” or “That’s why my kids don’t watch the Disney channel” or any of the other things we tell ourselves to comfort our parental unease. The fact is, culture matters. And in this day and age, it’s also ubiquitous and indifferent to so many of our parental controls. Increasingly, our children, and especially our girls, are being bombarded with ugliness and vulgarity. There is so little they can rely on to inspire, enlighten and bring out their best and most virtuous self. And it’s not just music and starlets-gone-bad; movies and books geared toward pre-teens and teens are darker, more violent, and determined to shock.

The gatekeepers of youth culture — adults, who produce, write and publish the things our kids read, watch and listen to — reassure us, it’s all ok. It is realism and they are just reflecting the tough, dark world so many of today’s kids confront. But what ever happened to uplifting our children and reminding them that there are things like beauty and virtue that transcend even the worst of human conditions?

Miley, Britney, Selena, and Lindsay matter because whether parents care to acknowledge the power of pop culture or not, our girls are being repeatedly told that emancipation from girlhood involves shedding their clothes and being objectified. This is a far cry from what America’s brave suffragists envisioned for their daughters. This week, Miley moved the ball deeper down the cultural cesspool. In that dreadful performance we witnessed the cannibalization of what is most beautiful about our gender.

Rachel Campos-Duffy is an author, pundit, and mother of six. She is a spokesperson for the LIBRE Initiative, an organization that promotes economic liberty, empowerment and opportunity for Hispanics.