A young woman, now 24, was brought to the United States from Mexico as a toddler by her parents in an unauthorized manner.

She has an American education, from elementary school all the way up to a college degree, and is now in the workforce.

After paying a $495 application fee and demonstrating that she met several requirements, including work and educational, along with passing a mandatory background check conducted by the Department of Homeland Security, she’s now been provided with a temporary legal status and work authorization under a program called the Deferred Action For Childhood Arrivals.

Protected by DACA, she now also falls under the umbrella term of being a “Dreamer” – the term derived from the Development, Relief, and Education for Alien Minors Act, or the DREAM Act of 2001.

But when Congress failed to pass a permanent solution for Dreamers by the March 5 deadline imposed by the Trump administration, DACA’s future remains in limbo – as does hers. Her temporary legal status and work authorization is in jeopardy.

What can she do? She barely has any memories of Mexico. America is her home.

If she wants to avoid deportation, she should just become an American citizen, or at least a legal permanent resident, right?

That’s what many say to her. To them, it seems logical and easy.

However, there is no “line” or avenue for unauthorized immigrants.

While it’s true that long-term legal status is a clear answer, it’s untrue that it’s a feasible option for Dreamers.

The bleak options of an outdated immigration system

There are three ways for someone to immigrate to the United States as a Legal Permanent Resident (LPR):

Since Congress has failed to pass a solution, Dreamers can’t pursue any of these legal paths unless they were to return to their country of birth for 10 years before being able to apply through one of the three avenues mentioned.

By law, if you wanted to apply for legal status and have been undocumented in the United States for more than six months but less than one year, then you must go back to your country of origin for three years before applying for legal status as a penalty for missing that six-month deadline.

Moreover, if you’ve been in the United States without legal status for longer than one year? That penalty is raised to 10 years.

Dreamers know nowhere other than America. To make someone who is already a contributing member of society return to a country they don’t recognize for a decade before applying to legally re-enter the U.S. is unimaginable.

The time for a solution for Dreamers is now

Dreamers simply want to continue serving society and their communities with some certainty and peace of mind— the ability to plan their lives, continue working legally, and with no threat of sudden deportation.

Going back to an unrecognizable country and serving a 10-year penalty is not a viable option. Going back in time and changing their situation is also not an option.

Dreamers are stuck, suspended in indefinite uncertainty. The only option now is for Congress to legislate a permanent solution.

The White House has spoken of a 10- to 12-year plan, which includes the time it would take to obtain a green card and the five years one must have a green card to apply for citizenship. That legislation would also include billions of dollars for border security.

The House is showing strong support for moving its own legislation, with multiple bills drafted.

But, nothing has happened yet. And so, Dreamers endure an uncomfortable wait.

More than 90 percent of Americans say it’s important to enact a solution for Dreamers. We cannot continue to allow partisan politics to stand in the way of finding one. 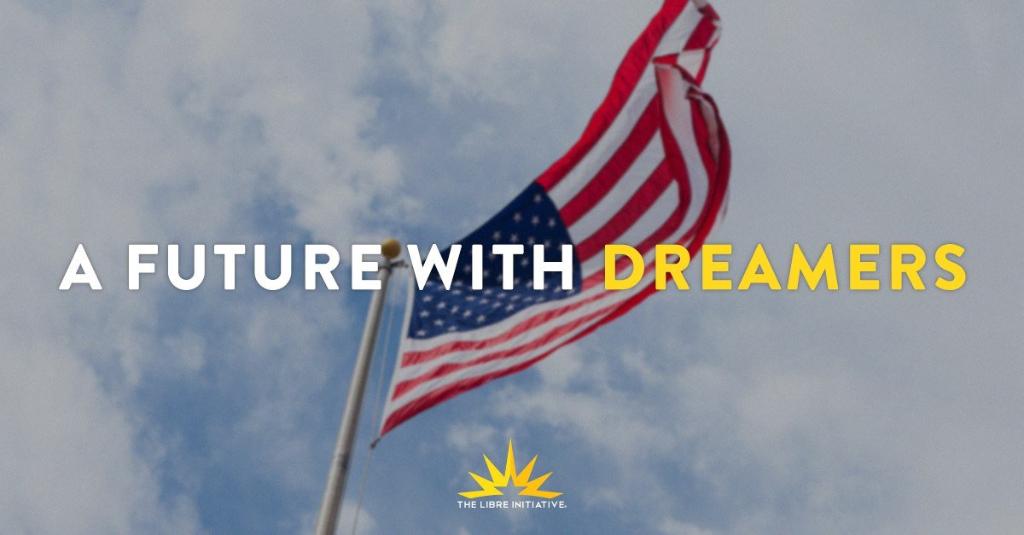 The LIBRE Initiative is a resource for the US Hispanic community with information and events to help you achieve prosperity!

Economic freedom is the key to prosperity; at LIBRE we want to empower Latinos to take charge of their future and finances!

You’re the best person to decide how to manage your money. LIBRE wants to help you break free from government dependence!