Whose side is the Hispanic Caucus on? 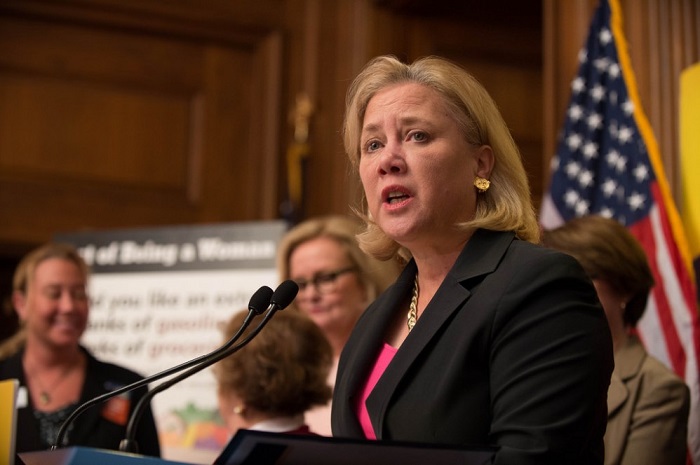 (This article was originally published on The Federalist blog)

On Sept. 18, Sen. Mary Landrieu, a Democrat from Louisiana, voted with many Senate Republicans to prevent the president from altering immigration law by executive order. Landrieu had voted “yes” on comprehensive immigration reform last year, but now portrays herself as an opponent of what she calls “amnesty”—mostly because it had become clear that many constituents disapproved of her vote for immigration reform. Therefore, it shouldn’t have been all that surprising when she changed her position, and voted against a top policy priority of many Latinos.

Even the most amateur political observer would think that a change of this magnitude might be expected to draw a lot of attention. Landrieu had voted to tie the president’s hands on immigration, and Latino activists, in particular, could be expected to heavily criticize the senator. The last thing they need is to lose congressional support on their top priority. And the leading congressional advocates for reform, the Congressional Hispanic Caucus, would probably offer the harshest criticism. After all, it had been a tough few weeks for the caucus.

When it became clear that the House of Representatives wouldn’t vote on immigration reform this year, it was the members of the Hispanic Caucus who put all their eggs in the “executive action” basket. They pressed the Obama administration to stay true to the president’s earlier word—to take executive action on immigration if the House did not act. They looked forward to a sweeping re-write of immigration policy with a stroke of the president’s pen. But then the White House pulled the rug out from under them, announcing the move would not come this summer. Almost immediately, it was the members of the Hispanic Caucus who expressed public indignation. And so did their grassroots supporters.

In response to the public outrage by the Latino community, members of the Hispanic Caucus arranged a hurry-up meeting with the White House. They spoke of the need for action right after Election Day, and pushed for a deadline of Thanksgiving. But press reports say they were informed the president was concerned about the Senate election in Louisiana. Landrieu would likely face a runoff in early December, it was reported, and an executive “amnesty” could doom her chances. The president’s chief of staff pushed for the Caucus to stand down, acknowledge political priorities, and accept action in December.

How would they respond?

You might think Landrieu’s vote to prevent executive action would make this an easy call. How could the Hispanic Caucus ratify a political move designed to protect a senator who had voted against them—on their top priority? Some might see such a move as indefensible. Nevertheless, they chose to back the president and protect his ally, even if that meant both slowing down on immigration reform and rewarding a political opponent. The resolution they approved a few days after Landrieu’s vote called on the White House to “act boldly,” but before the end of the holiday season. In acceding to the White House request, they did a political favor both for Landrieu and the president.

Of course this is Washington, and political considerations regularly trump policy goals. But this move is particularly stunning, and it drew criticism from groups such as the National Day Laborer Organizing Network and others. It has also helped to fuel talk among Latino activists about whether it makes sense to so strongly back liberals. Prominent community leaders—most of them outside Washington—are talking about the value of Latinos being more politically independent.

That makes sense. The Latino community is far too diverse to make its home on only one side of the aisle. Polls show that when asked to identify their ideology, Latinos split almost evenly among liberal, moderate, and conservative. To ensure that elected officials legitimately address some Latinos’ policy priorities, it makes sense for them to be politically active, to punish those who vote against their policy priorities and support those who keep their promises—regardless of party.

If naked political moves such as this one contribute to a more independent—and effective—Latino community, some good will have come of it.