When Obamacare Takes Effect, Young, Healthy Men Will Be Hurt 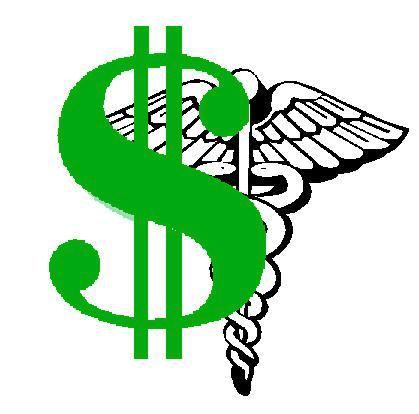 Young men, aged 25-36, were hit harder than nearly every other group in the recent economic recession. Many are still struggling to find work, and economic studies indicate that the longer they’re out of work, the bigger the hit to their lifetime earning potential. Yet on January 1, 2014, the economic situation for many of my struggling peers is going to get a whole lot worse.

Next January, the provision of the Affordable Care Act (ACA) that requires all Americans to purchase health insurance or pay a penalty takes effect. Unfortunately, the economic burden of this requirement isn’t spread equally among Americans—it’s been well-documented that the young and healthy will pay more to subsidize those Americans who are older and in poorer health.

Sebelius was referring to young men like me, ranging in ages 25-36, who could see their insurance rates increase more than 50%, compared to women of the same age who may only experience a 4% increase in their premiums.

While the law makes it more affordable for individuals with pre-existing conditions to enroll, benefitting those who’ve suffered through illness in the past, it is also driving up the costs for healthy people. Proponents of the ACA argue that this is a small price to pay in order to ensure that the majority of Americans have access to healthcare coverage.

A lynchpin in their argument is that those who actually use medical services would save money overall since there would be lower out-of-pocket expenses. But for young men who tend to visit the doctor less frequently than women or older Americans, having to foot the bill to compensate for mammograms or erectile dysfunction hardly seems like a viable solution to our broken healthcare system.

The Congressional Budget Office estimates that 6 million Americans will be subject to the tax penalty for failing to purchase insurance under the ACA. For many Americans, especially the young and healthy, it’s preferable to pay the tax penalty (as low as $95 dollar per adult) and opt out of health care coverage altogether. This, of course, will cause the risk pool to be diminished, which will surely further drive up healthcare costs for the rest of the U.S. population. Higher premiums could then tempt even more young and healthy adults to opt out of health care coverage. Side effects like this one are the reason why government should not be in the business of prescribing healthcare and gnawing its way into our personal lives.

It’s going to be a hard sell to convince a young and healthy man earning between $30,000 and $40,000 a year to spend roughly $300 a month on health insurance. While many economically struggling Americans will be eligible for subsidies, most will still have to shell out hundreds to over a thousand dollars a year for health care premiums.

At a time when many young adults are struggling to make payments on massive student loan debts and still searching for adequate full-time work, health care coverage seems like more of a luxury than a necessity. It is clear that for many Americans, the ACA’s remedy is worse than the disease.

Steven Cruz is the Press Associate at The LIBRE Initiative, a non-partisan, non-profit organization that advances economic freedom in the Hispanic community. Follow him on Twitter @StevenG_Cruz.