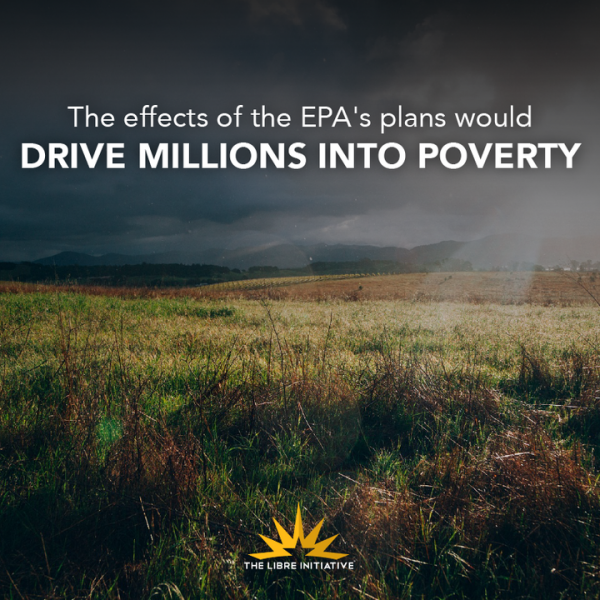 If you tuned into the 88th Academy Awards, you probably noticed a preachy trend that tied together several of the acceptance speeches.  Against the backdrop of the glamour and opulence and grandiosity of the night, Hollywood’s elite had (several) messages for those of us sitting at home. The final piece of advice was one of urgent environmentalism.

Leonardo DiCaprio – the recipient of the much-anticipated award for Best Actor – took the opportunity to declare that climate change is “the most urgent threat facing our entire species, and we need to work collectively together and stop procrastinating.”  It is worth considering, then, the impacts and effectiveness of the most recent actions taken by the Obama administration’s EPA plan, actions which DiCaprio and others wholly support; actions that are neither wise nor constitutional; actions that, if implemented, would not even achieve the administration’s desired results and would drive millions into poverty.

The Environmental Protection Agency rule requires states to make major cuts to CO2 emissions from coal-fired power plants, the nation’s largest and most reliable source of electricity. The plan would negatively transform the nation’s electricity system in an attempt to cut emissions from existing power plants by a third by 2030, closing hundreds of the coal-fired plants that keep hospitals consistently running, that have kept us warm this past winter and will keep us cool in the coming months, that power the Internet… the list of essentials goes on forever.

The effects of this plan are devastating for two reasons. One, low-income households, Hispanics, and other minority groups would suffer the most as they spend a much larger share of their income on energy costs. A study by the National Black Chamber of Commerce estimated that poverty rates for Black and Hispanic families would rise by 23 percent and 26 percent, respectively, under the proposed rule. These energy policies are also estimated to cost around 7 million jobs for African Americans and 12 million for Hispanics, respectively. The icing on the cake is that according to Energy Ventures Analysis, gas and electricity bills could increase by nearly $214 billion. National Economic Research Associates predicts 40 out of the 47 states affected could see electricity prices rise by 10 percent or more. This type of economic pain simply is not right.

And for what? The EPA’s own data show a negligible impact on the environment. An EPA-funded climate model estimates the regulation will only limit global warming by 0.018 degrees Celsius by 2100. The reality is that these unwise regulations will drive millions to poverty for little-to-no environmental gain.

By pressing pause on the implementation of the Clean Power Plan, the U.S. Supreme court recently delivered welcomed news to just about everyone who values prosperity and progress over cheap rhetoric. While polling suggests U.S. Hispanics in particular express a strong concern over the quality of our environment – as it is important especially for future generations — what is not agreed on is whether the approach of the Obama Administration’s Clean Power Plan is the right course of action (hint: it is not).  Unfortunately, it is easy for those like DiCaprio and the private jet-setting, yacht driving Hollywood elite, who are insulated from the rising costs, to get up and preach, painting the situation as an “either/or” proposition. The truth is that having abundant and reliable energy enables a healthier economy and environment, and we should welcome the fact that the U.S. Supreme court has put a hold on a disastrous plan.