Time for accountability on Obamacare 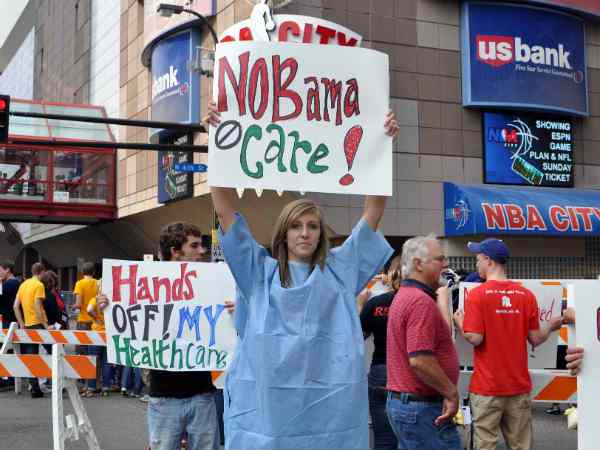 Obamacare is quite a mess, and Floridians are seeing the damage.

In 2008, the American people saw that while our healthcare system was among the best in the world, it needed reform that would help to curb rising costs, improve access and expand choice.

They entrusted President Obama with Democratic majorities in Congress to make the minor changes he had promised. And with their numbers in the House and Senate reduced, Republicans were powerless to stop them.

In a highly partisan and politicized process, the Affordable Care Act (ACA or Obamacare) was passed over public opposition with even some Democrats voting against. And once it was signed into law, the Administration had three years and billions of dollars to work on the highest-profile government project in decades.
But the result is an unmitigated disaster.

Floridians are already seeing the damage the law is doing to our healthcare system. The average family of four will see premium increases of nearly 25 percent, and the state as a whole will see individual rates rise by about 35 percent. Hundreds of thousands of state residents are losing their current insurance.

Some who’ve lost insurance will be unable to find new policies in time, and may see coverage gaps. New, “skinny” provider networks mean Americans will lose access to doctors they like. And many frustrated doctors are throwing up their hands and refusing to participate in this deeply-flawed system. Insurance industry experts are debating how long this can continue before the industry goes into a “death spiral.”

This mess didn’t just happen. It took a parade of bad decisions – starting with the party-line vote that rammed this law through over strong public opposition.
President Obama, unappeased by the warnings expressed by top economic aides, refused to bring in a health reform “czar” with expertise in business, insurance and technology to oversee implementation. Instead he entrusted it to political loyalists.

And then as enrollment got closer, there were warnings from the head of the insurance exchanges themselves, from the Government Accountability Office, and even from a leading Senate supporter that the law looked likely to be a train wreck, or even a “third-world experience.”

This was an irrational, politically-motivated drive that has done potentially irrevocable damage to our health care system, with little of the promised benefit. And it is projected to cost the taxpayers about $1.8 trillion over the next ten years. It is time to start fixing the mess – but first we need the die-hard supporters of the law to acknowledge reality and stop standing in the way of a solution.

That is why the LIBRE Initiative is launching a multimedia Obamacare accountability project – starting in Florida. Just a few weeks ago Congressman Garcia joined other Democrats in voting against a spending bill that would have delayed the ACA for a year. He even voted against legislation to stop a shutdown and delay the requirement that people buy insurance or face a tax penalty. He called supporters of these bills extremists, and compared them to the Taliban.
This isn’t the attitude Floridians need in Congress. It won’t help fix the mess we are in – a mess that keeps getting worse every day.

President Obama and his Congressional allies promised reforms that built on the best of the current system. They said people could keep their insurance plans and their doctors. They said premiums would go down, no personal mandate would be needed, and small businesses would be helped.

Instead these government mandates have further hindered economic growth and more Americans are worried about whether they can pay for insurance, how they will care for their families, and what they will do if the law costs them their full-time jobs.

It’s time for accountability for these broken promises. It’s time for elected officials like Joe Garcia to explain how they propose we pay for higher healthcare costs and how they will fix the damage they’ve done.

Daniel Garza is the executive director of The LIBRE Initiative and a former White House staff member. Follow him on Twitter at @danielggarza.