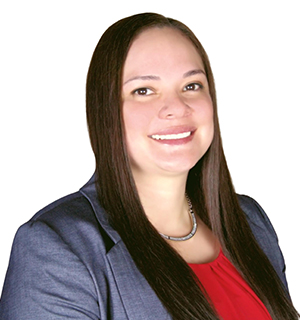 Karla Yvette Sierra was born in El Paso, Texas to Mexican American parents. Karla graduated from Colorado Christian University with a Bachelor’s in Business Administration and a minor in Computer Information Systems. Karla was elected by her peers and professors to serve as the Chi Beta Sigma president and was also appointed to serve as the secretary for the student government association. Karla volunteered her time as a youth counselor in inner-city Denver with Westside Ministries. She completed her M.B.A. at the University of Texas at El Paso.

Karla’s altruistic nature inspired her to apply to the United States Peace Corps, where she served and completed a three-year commitment as a community economic development consultant in Panama. Karla created partnerships with agencies such as the Ministry of Education in Panama and the UN’s Development Program, in efforts to reduce poverty, increase awareness of HIV and AIDS, and assist in the implementation of sustainable projects. Her Peace Corps experience with the Hispanic community led her to The LIBRE Initiative upon her return to the United States. She recently received the John F. Kennedy Service Award in Washington D.C and a special proclamation from the City of El Paso for her continued service to the community.