State Solutions Needed to Step Up the War on Poverty 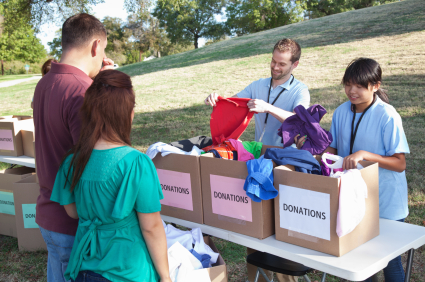 “The federal government is like a giant sedimentary rock,” explained Budget Chairman Paul Ryan, during the War on Poverty hearing that took place earlier this month. “There are layers upon of layers of programs that have built up over time. In fact, there are so many of them—and there is so little coordination between them—that they work against each other.”

With 126 separate and duplicative anti-poverty programs, it comes as no surprise that federal social welfare programs crowd out and subvert the efforts of state and local communities. This final blog post in our series on the War on Poverty, demonstrates how empowering the states to tailor-make social welfare programs and customize solutions, while simultaneously consolidating or eliminating duplicative federal programs, is the most promising approach for welfare reform to improve prosperity amongst the millions currently struggling with poverty.  A state-focused approach is better-suited to address the issue of poverty for these main reasons:  1) state-lead efforts have proven more successful than federally run programs in the past; 2) it is impossible (due to the size, scale, and uniqueness of the states) for the federal government to adequately address individual concerns; and 3) Federal constraints hinder innovation.

Past demonstrated success is perhaps the most compelling reason why Congress should allow states greater freedom to lead specific anti-poverty measures.  States have already proven that increased flexibility provided by Congress to test innovative solutions leads to better outcomes.  During the 1990s, states were allowed to experiment with policies such as time limits, work requirements, and diverse incentives to improve program effectiveness.  The outcomes of these experiments played a big part in the successful welfare reform laws of 1994.

Another example was in 1996, when the federal government transitioned from AFDC (Aid for Families with Dependent Children) to TANF (Temporary Assistance for Needy Families). The positive outcomes after the adoption of TANF were regarded by many on both sides as an example of how a federal-state partnership could be crafted in a way to create the right program incentives. Just five years after its implementation, welfare dependency was cut by more than half, employment skyrocketed, and overall poverty and child poverty dropped significantly. There were 3.5 million fewer people living in poverty just six years after the reform. One element that made TANF so successful is that it aligned incentives for all three major participants: recipients, the states, and the federal government.  It permitted states that reduced caseloads to use the extra money for more constructive purposes, such as work support. This structural change encouraged states to act more fiscally responsible. Finally, the reforms permitted state-lead experimentation with multiple solutions to achieve the goal of self-sufficiency.  Oddly, few of these successful features have been translated to other means-tested federal programs, such as Food Stamps (SNAP).

While the creation of TANF has been an improvement, it is by no means a perfect program. Audits of TANF spending by the Department of Health and Human Services indicate “improper payments,” abuse, and fraud. In 2005, New York had an improper TANF payment rate of 28 percent; Michigan had a rate of 40 percent. In 2006, Ohio had an improper payment rate in TANF of 21 percent.  This type of abuse is not unique to those states.  Reform should build upon the success of state-based mechanisms and improve areas that have failed.

It is impossible for the feds to adequately address the needs of all. It makes sense why abandoning one-size-fits-all federal measures is preferable: different states face different realities that affect poverty.  In Florida, for instance, policymakers must take into account the advanced age of the population: 18.2% of the population is 65 years and older, as compared to 13.7% for the US overall and 11.8% in Colorado.  A younger population in Colorado means that policymakers there might want to focus more on job-training programs rather than support for the elderly.  It is inefficient for the federal government to try and address the individual realities of each state when each state is better suited to deal with its own complexities.

Clarence Carter, the Director of the Arizona Department of Economic Security (the safety net agency for the state) offers an excellent example of how Arizona have been working to reinvent their various anti-poverty programs outside of federal government mandates.  Carter identified the main problem in Arizona as the lack of a guiding, overarching vision.  Their safety net was structurally flawed in this sense, because it was guided by the competing interests and visions of the individual state programs that also had limited objectives that were neither spoken nor measured. This, in turn, was perpetuating dependency, by locking participants in dependency programs without incentives to move out. It was not a lack of expenditures; it was a lack of vision to grow families beyond just their needs. Carter made a shift to an integrated program for overall well-being, as opposed to simply the previous construct, primarily delivering benefits and services. This was an issue that was affecting Arizona in particular; it might or might not be appropriate for other states, and that is for local policymakers to decide.

Excessive federal directives hinder innovation. States and communities are the perfect, smaller-scale laboratories to experiment and provide evidence on what works, and what can also serve as the groundwork for future reforms that can be transferred and adapted to other states.  The idea of ‘fail small and often’ is cited as a common practice that entrepreneurial individuals employ to test ideas, and it works in this case, too. The federal government, however, has too strictly directed how states can implement such programs.  States currently have limited capacity to coordinate policies across multiple programs, which in turn hinders their ability to provide efficient and effective assistance to needy families. Even in applying for waivers from the requirements, states are required to jump through hoops.  Just a look at the Medicaid.gov site for waivers gives a sense of the maze of compliance paperwork states must go through in order to get around government hurdles. Agencies should be encouraged to exercise the freedom they need to help their communities address poverty in a meaningful way, without being overburdened by federal regulation and compliance procedures.

The current budget crisis presents an excellent opportunity to reorganize public welfare spending because, despite new programs, there has been little positive improvement. The U.S. poverty rate reached a low in 1973, and has changed little since then. According to the U.S. Census, the Hispanic population has a poverty rate of 25.3 percent, about 10 percentage points higher than the overall U.S. rate.  It is time to use resources more efficiently by giving state and local authorities more room to implement their own visions. By abandoning massive, one-size-fits-all approaches and burdensome federal regulations, we could make significant strides towards the ultimate goal of families escaping poverty and achieving prosperity.