The Silicon Valley of Texas? Not Anymore 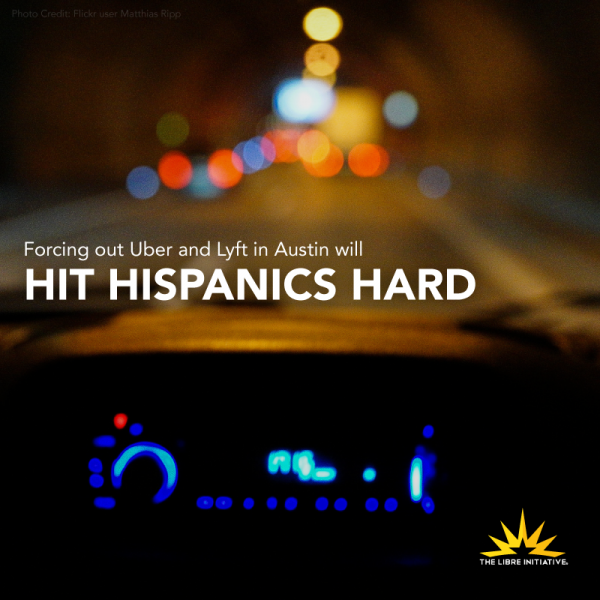 As people gather their luggage at the Austin Bergstrom Airport these days, many may head to the pick-up area and try to call an Uber or Lyft – only to find out they’re no longer available in the city. After a lengthy battle against special interests in the taxi industry, Uber and Lyft failed in their bid to lift a set of unfair regulations placed on their businesses last year by the Austin city council. Austin may want to position itself as the next Silicon Valley, but with backward thinking like this, it’s hard to see how that will ever happen. Uber and Lyft used to provide thousands of jobs for Austinites and made life easier for everyone in the city. Thanks to pressure from special interests, that’s all over.

As with any innovators that disrupt the status quo and make old industries obsolete, pioneers like Uber and Lyft were bound to make enemies. For consumers, drivers, and the ordinary people of Austin, ridesharing apps improve our daily lives, but the taxi unions had a problem with that. Taxis provide a comparatively poor service. They’re slow to arrive. They’re inefficient, and there aren’t always enough of them around when you need them. Some are even dangerous. Yet most of all, they’re fossils. The taxi industry is a relic of a bygone era, when people didn’t have smartphones, GPS, and digital networks to connect riders in need with drivers nearby. It’s no wonder customers switched to Uber and Lyft in droves.

Of course, the taxi industry didn’t like that. After intense pressure from lobbyists and unions associated with the taxi industry, the City of Austin passed an ordinance in December of 2015 that would require ridesharing drivers submit to fingerprint-based background checks by February of 2017, as well as impose new fees and bans from making pickups in some street lanes. This is despite the fact that Uber and Lyft already have built in ratings systems, car specifications, background checks, and GPS records of all trips in order to guarantee safety and quality service. Austin’s Proposition 1, a measure supported by Uber and Lyft to overturn these draconian requirements, was defeated 56 percent to 44 percent this month.  With the failure of Prop 1, the restrictions imposed by the city council in December will continue.

Hispanics make up a third of the population of Austin, and are twice as likely to regularly use ridesharing apps compared to the general population, which means that forcing out Uber and Lyft is bound to hit them hard. In addition, with the failure of Proposition 1, it is also estimated that over 10,000 ridesharing drivers will lose their jobs. Although that number consists of mostly part-time drivers, the opportunity to earn extra income is no longer available. Hispanics in the Lone Star State earn a mere $40,557 in median household income, and that extra money could mean the difference between buying groceries, filling their gas tanks, paying down debt, or even making the rent each month.

Technology is always changing, and innovators are always finding new ways to make our lives easier. Innovative technology like ridesharing has offered opportunities to over 10,000 people seeking employment or additional income and has stimulated the local economy. Thankfully, the Texas Legislature now looks to intervene by battling anti-competitive regulations in 2017, but is this a case of ‘too little, too late?’ Austin has been considered a tech-mecca and innovative city. The city should embrace the opportunities that technology has provided, not cater to the demands of those who want to hold us back. No one should need permission from the old to create the new.