Remarks by Rachel Campos Duffy, National Spokesperson for The LIBRE Initiative at CPAC 2013 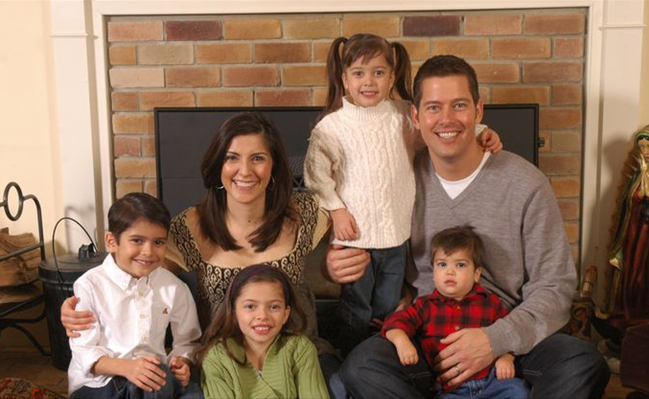 My name is Rachel Campos Duffy and I’m the mother 6 kids under the age of 13 and my husband is Congressman Sean Duffy of Wisconsin. You know, a lot of people ask me: “What’s it like to raise six kids in such a hyper-political environment. Mom is a conservative activist, Dad’s a politician. So, let me tell you what it’s like.

Not too long ago, I walked into the kids’ playroom downstairs and it was a complete mess. And so I asked all the kids to come downstairs and pick it up. I came back 20 minutes later and the place looked pretty much the same. And so I asked them what happened? The two oldest kids said we picked up our part, but all this big mess, it’s not ours, we didn’t do it, the younger kids did. And so I said what any good mom would say in that situation: “I don’t care who did it. No one’s leaving this room until it’s all picked up”.

One of the two oldest who complained that it wasn’t their mess was my son Jack, he was 9 years old at the time. He walked right in front of me and he mumbled something. I said, “Young man, what did you say?” and Jack said, “Nothing.” So, I said, “Jack, I heard you mumble something and I want you tell me what you said, “Nothing, Mom.” “Jaaaack, tell me what you said.” Jack put his down and said, “Fine. I called you a socialist.”

By the way, every time I tell that story in public he charges me $5, so we’re raising capitalists too!

Today, government is growing and encroaching on territory that families once occupied.

Something as simple and profound as the need to feed a child whose parents are too poor or too negligent to provide breakfast before school, turns into an enormous government program that entices busy parents who once did make breakfast for their kids, to enjoy the convenience of just getting the kids out the door.

A lot more than a few tax dollars per child. What is lost are little, priceless moments: a parent nourishing their child in the morning; a conversation about the firefighter who will be visiting the classroom today; a thank you and a sticky kiss from a grateful child.

Mother Theresa once said of our modern culture that there is much suffering because there is so very little love in homes and in family life. We have no time for our children, we have no time for each other; there is no time to enjoy each other. In the home, she says, begins the disruption of the peace of the world.

Catholic writer, Matt Warner, said the following recently: Elections are lagging indicators of what’s already changed. They tell us where we already are. So stop waiting for politics to change this country back or move it forward. That’s not what politics does.” This writer is right. Culture drives politics, not the other way around. What’s happening in the family drives politics, not the other way around.

As a mom, nothing concerns me more than the state of the American family and the state of American culture. When a family can’t watch the 5 o’clock news without having to explain commercials about erectile dysfunction; when 40% of kids under the age of 18 have seen internet pornography; when families living under the same roof are fractured and isolated by technology and devices, we know we need to start – with the family.

As a family, as a Christian family, we CAN control how we respond to the culture. Turn off the cell phones and laptops and create an old fashioned family hour; don’t buy the sexy pirate costume your 12 year old says she wants for Halloween; say no to the violent video games and suggestive movies your kids want to watch because everyone else is. Take back the culture in your own home!

A Christian life is by definition a life of service. If we want the family and the Church to take back territory it has ceded to an expanding and insatiable government, then we need to show up. We need to serve our families and our communities, and we need to do it in the name of Jesus Christ.

In his first sermon since he was elected, Pope Francis tells us: We can walk as much as we want, we can build many things, but if we do not confess Jesus Christ, nothing will avail. We will become a pitiful NGO, but not the Church, not the bride of Christ.

So let us pray for our families and for the Church:

Lord, turn the hearts of parents to their children and children to their parents. Restore in our culture an appreciation for the dignity of motherhood and the magnitude and responsibility of fatherhood. May our homes be domestic churches, shrines of peace, purity love, labor and faith. And in all we do for our families and for this great and blessed nation, may we never forget the words of your servant Blessed Mother Theresa who reminded us that in this life we cannot do great things, we can only do small things with great love. We ask this in your name, Jesus Christ – Que Viva Cristo Rey!

The LIBRE Initiative is a national organization that advances economic empowerment within the growing U.S. Hispanic community by demonstrating the benefits of a constitutionally limited government, property rights, rule of law, sound money supply and free enterprise. LIBRE shares research and policy ideas, mobilizes leaders, and works to raise public awareness on liberty minded economic principles. At a moment in time when our nation is undergoing critical economic struggle, LIBRE’s efforts resonate in the Hispanic community that historically has been disproportionately affected by unemployment and poverty in the United States.