Yes, the PRO Act could kick you out of independent contracting 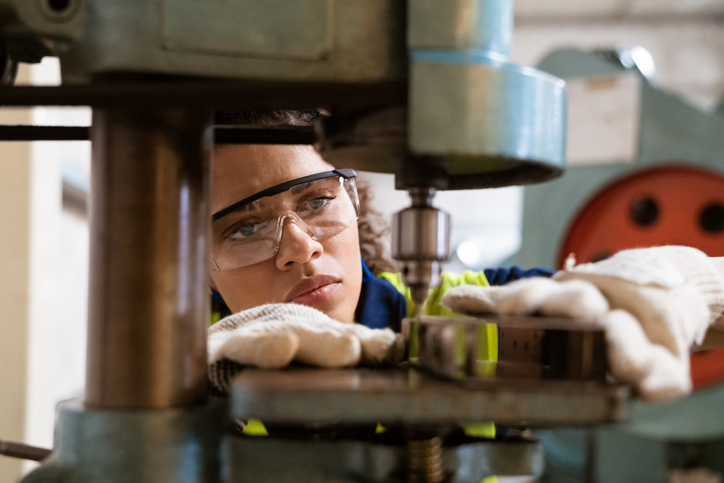 After passage in the House early last month, the Protecting the Right to Organize Act, also called the PRO Act, now awaits consideration in the Senate.

The bill could force millions of Americans, including many Latinos, out of independent contracting to push them into traditional employment, robbing them of the flexibility they value in their current positions.

The bill contains an “ABC” test, which allows regulators to determine whether a worker is “truly” an independent contractor or an employee.

In effect, the PRO Act could allow government regulators to blacklist independent contractors from the labor market.

The test requires that workers meet each of these three criteria — or face reclassification:

A: Absence of control. The worker is not under the control and direction of the hiring entity. Currently, this is what the IRS “common law” test evaluates, although the full ABC test would be more restrictive.

B: Business of the worker. The contractor performs work that is outside the usual course of the hiring entity’s business.

C: Customarily engaged. The contractor is usually engaged in an independently established occupation or trade that is of the same nature as the work being performed.

Do you think you could pass this test and keep your independent status? Unfortunately, it’s not that simple. There’s no way of telling how the National Labor Relations Board would interpret the ABC test.

Here are a few examples that show just how confusing and arbitrary the test could be:

I’m a freelance real estate agent, working on behalf of clients — some of them businesses, and of those, some real estate companies — to sell and purchase commercial property. Would I be reclassified?

The short answer is: Quite possibly.

The long answer is: NLRB regulators could find that you aren’t independent enough from your clients when following the protocols of your job, which would violate the “absence of control” portion of the test.

You may be safe on the “business of the worker” part of the test, but when you contract with real estate companies, regulators might find that your work isn’t outside of the usual course of the business of your clients.

Regulators could decide that companies can’t hire you as an independent contractor, depending on how they interpret the test.

I’m a driver with a rideshare company, meaning that I work in the gig economy. I choose my hours and clients — and I use my own car, of course. What about me?

There’s a good chance you would be reclassified. The NLRB could find that your company has “misclassified” you as an independent contractor, and the government could force them to hire you as an employee — that is, if they could afford to do so.

Regulators could find that, because you follow company protocols, you aren’t sufficiently independent of their control.

They could find that, because of your association with a rideshare company, and because you give rides to passengers, your work violates Part B of the test.

And they likely wouldn’t find that you satisfy Part C, either, as you aren’t working in an independently established trade or in the capacity of a business.

Gig workers in your position are the people lawmakers have in mind when they pass independent contracting regulations.

I work in freelance construction. Sometimes that means I’m working for small clients, like individuals and businesses who need something built.

But often, I’m working with construction companies for specific projects on a contract basis. A few of these companies can provide most of my annual income. Could regulators try to reclassify me?

Yes, it’s possible. Here again, if you adhere to certain protocol issued by your clients, regulators could find hiring you as an independent contractor in violation of Part A of the test. And if, as you say, you derive most of your income from a few construction companies, they could also find that you aren’t independent of their business.

You might pass the “customarily engaged” portion of the test if you’ve established a business through freelance construction, but because you often work with companies engaged in the same work you perform, regulators could find that you don’t satisfy Part B of the test.

I’m a caterer. Sometimes I help cater small events in which I’m largely working alone or with a few other freelance caterers I know.

And sometimes I’m hired by large catering companies for specific events and am working with many other people. Could I be reclassified?

It is definitely possible that you could be reclassified for working those large events with catering companies. After all, regulators might find that this work isn’t sufficiently independent from your client.

And again, NLRB might say that working for another caterer violates Part B of the test, or find that don’t work in an independently established business under Part C.

You could find yourself at risk of reclassification if the PRO Act passes.

Do you worry that you could be reclassified under the PRO Act? Tell lawmakers to oppose unfair efforts to restrict independent contracting, including the PRO Act.