The Pretzel Logic of Big Government 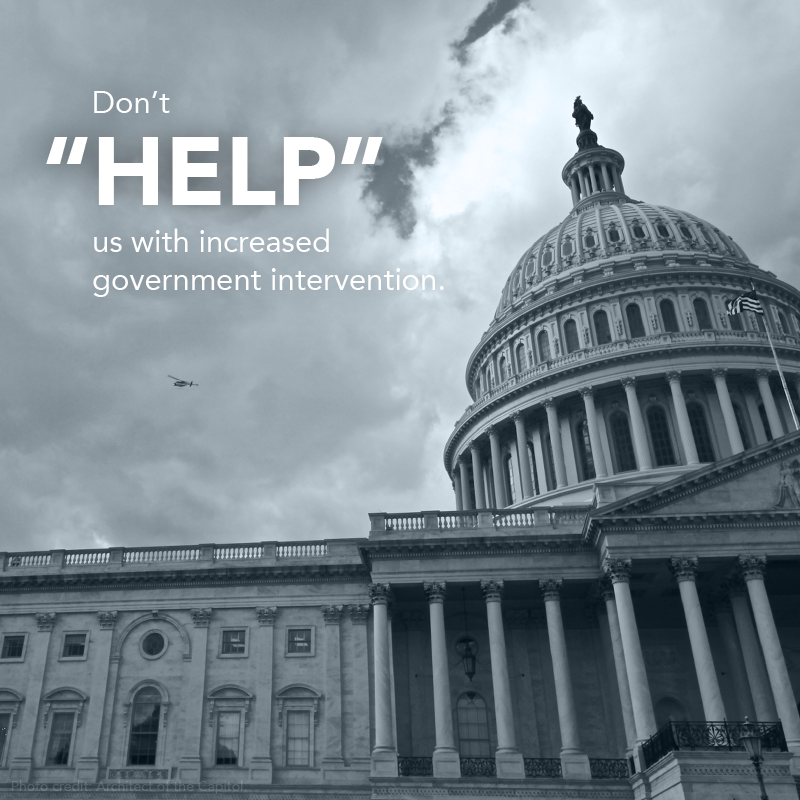 Ronald Reagan once said that the nine most terrifying words in the English language were, “I’m from the government, and I’m here to help.”  Inevitably we find that the more government tries to help, the more President Reagan’s fears turn out to be true.  Time and again, politicians have made promises to the Latino community, and time and again the results have fallen short. What we need is not more empty promises and good intentions, but good policies and concrete results. U.S. Hispanics continue to suffer from the negative consequences of bad policy, seemingly with no end in sight. It is vital to educate our community about the policies that will benefit them and all Americans.

The Affordable Care Act is a classic example. Far from making healthcare more affordable, premiums and deductibles have skyrocketed.  Small businesses are stuck trying to cope with not only increased costs, but also the nearly 20,000 additional regulations created by the law.  Moreover, major insurers like Aetna are starting to realize the problem and jump ship, leaving people without coverage and with fewer insurers in state exchanges.  This results in fewer options for consumers.  Does anyone remember the infamous, “if you like your plan you can keep it?” Promises, promises and more promises – all made by politicians for their own purposes, and not ours. Unfortunately we are left holding the tab.

That’s not the only empty promise they’ve given us. Americans were also told we need new legislation because we have banks “that are too big to fail.”  So what does D.C. do? They gave us Dodd-Frank, with its 850 pages of statute and 20,000 pages of regulatory text. Dodd-Frank involved the creation of almost 400 new rules, adding an estimated $24 billion in compliance costs for American businesses, and 61 million man-hours in paperwork.  The added regulatory burden has resulted in fewer community banks, who couldn’t absorb the added costs, forcing them to close or merge with larger banks. As such, we are now left with fewer, bigger banks, less competition, and fewer options for small businesses who seek funding.  ‘Too big to fail’ legislation failed in a big way for smaller banks, and ultimately small businesses.

Making matters worse, new overtime rules will take effect this December, requiring employers to pay overtime wages of time and a half to everyone who makes less than $47,465 a year – more than double the current minimum of $23,660.  Moreover this new rule will be forced on large employers, small businesses – including over 3 million Hispanic employers – non-profits such as Catholic charities, universities, and state and local government employers.  Small employers have small margins and can’t just raise prices to cover these costs.  Non-profits can’t just go and ask for more money from donors. And now local governments will need to raise taxes or cut services such as education and infrastructure to keep their budgets balanced while paying for additional overtime. What’s most disturbing about the new overtime rules is that the Department of Labor, an unelected administrative department of our government, bypassed our elected representatives in Congress and implemented this rule all on its own.

We are facing a crisis of over-regulation, where rules are accumulated with very little consideration of their impact on job creators and families.  Federal regulations alone cost small businesses $12,000 a year per employee.  This annual employee cost is up from $10,000 in 2008 and $7,000 in 2004.  Moreover, we keep hearing elected officials bemoan the loss of manufacturing jobs.  However, these “bemoaners” do very little to help manufacturers.  According to the National Association of Manufacturers, small manufacturers with fewer than 50 employees are now paying close to $35,000 per year per employee just to comply with federal regulations.  Additionally, none of these figures include the cost of state and local regulations.  In essence, these increased rules and regulations serve as an additional tax on businesses and just like the tax code, they have become increasingly complex and almost impossible to keep up with.

Rather than trying to help us with pie in the sky pretzel logic with increased rules and regulation, we need our political leaders to address our country’s concerns with clear, thoughtful, and forward thinking policies.  They must also hold federal agencies accountable for this unwarranted growth in regulations. While tax cuts are great, policymakers should also address the growing regulatory burden on American businesses, and cut back on the impulse to “help” us with increased government intervention.