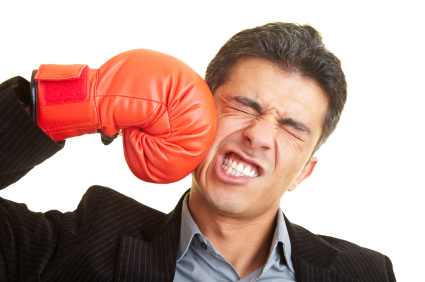 (Originially Published on The Hill)

It was only a few years ago that millions of Hispanics cheered for Barack Obama as he took the oath of office. Many welcomed a new president who promised to restore economic growth, telling them, “I will be your champion when I am in the White House.”

Looking back, those promises turned out to be nothing but rhetoric. Instead of a champion, millions of Hispanics would rather have a job. Hispanic unemployment is getting worse – spiking up to 9.4 percent – and more are descending deeper into poverty every day. Hopelessness is spreading and people are giving up – as the labor force participation rate has fallen from 66 percent in 2008 to 63.4 percent today. The number of Americans receiving foods stamps has surged to 47.6  million – a 13 percent annual increase during the same time, and now we read Obamacare is turning many full-time jobs into thousands of part-time jobs.

Moreover, the inequality gap has grown wider. Poverty is spreading at record levels across many groups, from underemployed workers and suburban families to the poorest poor. While nearly 1 in every 6 Americans now lives below the poverty level, for Hispanics the numbers are more disheartening at 1 out of every 4.

Disproportionately burdened by diminished wealth and an economy that has been beset by stagnant and persistent high unemployment, Hispanics face a bleak future. Given the failure of Obama’s policies to reverse our moribund economy five years into his administration, it’s time for a fresh start – one built on the U.S. model of free enterprise, which is the greatest engine of wealth and shared prosperity the world has ever seen.

It’s hard to imagine today, but capitalism actually inherited worldwide squalor, rampant scarcity and universal poverty – that famines, tyranny and oppressive governmental systems were all fixed human conditions prior to the birth of a free American people. The human condition has vastly improved in the last 200 years thanks directly to the fruits of America’s rugged individualism and entrepreneurial legacy.

The bounty of America’s current wealth and its long list of modern inventions, high tech innovations and advances in medicine were not borne from accidents of nature or from socialist, statist or fascist systems – not even from politicians elected under a democratic process. They were borne from free people seeking profit, seeking personal satisfaction that can only come from earned success. These modern amenities were a result from those seeking to satisfy a societal demand, consumer desires and individual tastes so that they would be rewarded with profit.

We need a thriving and growing private sector generating economic opportunities for everyone who aspires to achieve much more than public assistance can offer. But, unfortunately for millions, growing the private sector is not where the current administration’s focus has been.

The Administration has made it clear that more taxes and more regulations will save us, and that more state control and more government programs are the light we must move towards. In reality, it’s an economy not sustained by the precept of equal opportunity, but rather based on an all-powerful government arranging outcomes.

The problem is, this arrangement does not work and in the long term it promises colossal economic ruin. The massive bet on government spending has not improved the situation; the short-term result has been economic stagnation. Under Obama, government at all levels has grown to consume more than 40 percent of the economy. In other words, more than 40 cents of each dollar earned by every American worker goes to feed government.

At a time when American families are struggling just to make ends meet, only Washington is thriving. At a time of fiscal uncertainty and malaise, government demands more taxes, even though we are earning less. Government seeks to increase the welfare rolls, even though taxpayers are working less. The government increases regulations on business, even though start-up businesses have declined.  At a time when American taxpayers have had to make sacrifices, politicians say we don’t do enough to pay our fair share.

When is Washington going to make badly needed sacrifices, and when is it going to look out for the interest of the taxpayer? When will we focus once again on growing economic opportunities in our private sector and return to our free market ways? If the past is any indication, don’t look to Barack Obama to lead the way.

Garza is executive director of The LIBRE Initiative and former White House staff member from 2004 to 2006 under President George W. Bush.