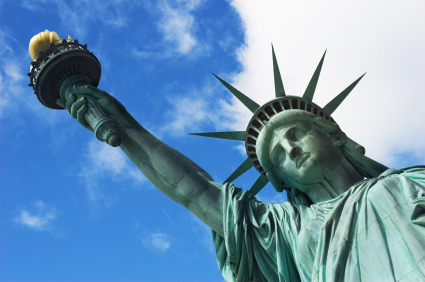 This week the White House released the President’s Budget proposal for 2016. The President’s Budget is an important opportunity to define the priorities for our country and address the challenges that we face going forward. It tells us what we are spending on and for what reason. Increasingly, the Budget is becoming particularly relevant to millions of Hispanics, since its content is a strong indication of whether or not we are addressing the country’s serious long-term fiscal challenges that are expected to disproportionally affect the younger demographic groups, among whom Hispanics are the largest. Unfortunately, the President’s Budget proposal fails to address our important challenges and as a result Hispanics will likely end up paying for today’s excessive federal spending with a lower standard of living and higher Taxes in the future.

The President’s Budget proposal asks Congress to increase discretionary spending by about $74 billion above the limits set by the current spending caps, which had been originally put in place by Congress and signed into law by the President in 2011 as part of a deal to raise the Debt ceiling. The administration recommends paying for the increasing in spending mostly by raising Taxes and it doesn’t address the issue of re forming the real drivers of our skyrocketing national Debt : Social Security and Medicare. We need to make sure that these programs are reformed so they are sustainable over the long term. Unfortunately, the President’s Budget doesn’t call for the sensible reforms that are needed to secure these programs, and therefore keeps us on a path of unsustainable Debt that will undermine the country’s fiscal stability and the economic security of future generations.

The median age of Hispanics is 27. In comparison to other groups they are a decade younger than the general U.S. population (38 years old). According to the U.S. Department of Labor, Hispanics will make up 19% percent of the total U.S. workforce just 5 years from now. Given these numbers, failure to address the major causes of our $18 trillion national Debt in a Budget that calls for increasing spending is increasingly a Hispanic issue. To put things in perspective, while the median income for Hispanic households was about $41,000 in 2014, each household also currently faces an average share of $154,861.30 in federal Debt .

Sooner or later Taxes will have to be raised to help pay for programs that are mainly responsible for the Debt , and millions of Hispanic workers will inevitably bear the negative consequences of those higher Taxes . With higher Taxes , Hispanics will save less, and with less savings life-long goals like homeownership or a college Education will become more difficult to achieve.

Hispanics, more than other groups, are optimistic about the future and believe they can achieve the American dream. This Budget doesn’t do enough to protect it and to keep it in reach for the future generations of Hispanics.