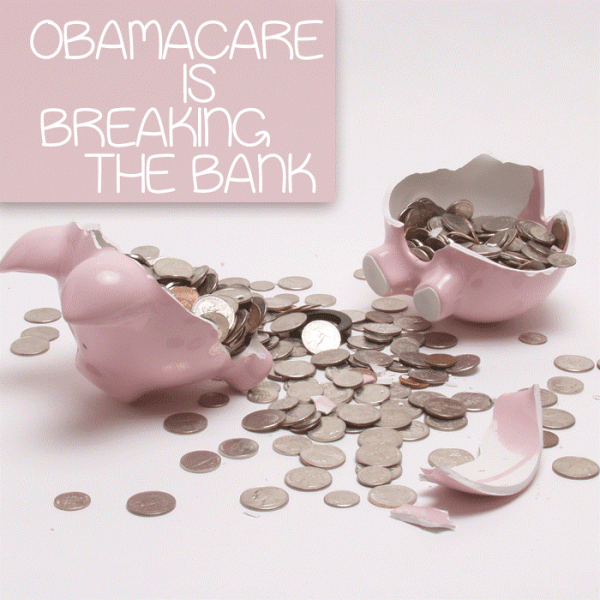 (Originally Published in The Tampa Tribune)

Hispanic-Americans will be hard pressed to keep any resolutions they may have made this year to save money — and many have Obamacare, also known as Affordable Care Act, to thank for that.

Many Hispanics will bear the brunt of Obamacare’s financial reliance on the young and healthy to finance the law. Why? Because the median age for Hispanics is only 27, a full 10 years younger than the national average. And 28 percent of Hispanics are classified as Millennials, making them the youngest and fastest-growing demographic in the United States.

In Florida, we comprise about 23.2 percent of the population. But Obamacare is saddling my generation with an average 169 percent increase in our health insurance premiums.

As more Hispanics continue on to obtain higher education — 69 percent of Hispanics graduating in 2012 went on to college — Obamacare is making an impact at campuses all over the country.

It’s driving up the cost of premiums and causing colleges to cancel the affordable policies they traditionally made available to their students. At Bowie State University in Maryland, for example, Obamacare increased insurance premiums by 1,500 percent. Students who originally paid $54 would have ended up paying $900 per semester.

This is only made worse by a faulty Spanish language version of Healthcare.gov, which only makes it more difficult for us to enroll in plans and limits our options for coverage.

This hardship will affect young Hispanics’ financial stability when needed most, at the start of our adult lives. But that’s not the only promise that Obamacare has broken. Obamacare is also hurting our ability to get the jobs we need to make ends meet. Thousands of employees across every sector of the economy will feel the law’s impact as businesses, particularly small businesses, are forced to deal with higher health care costs by cutting down hours and creating fewer jobs.

This is particularly bad news for 26 percent of U.S. Hispanics who work in the service industry — a low-margin sector of the economy with little ability to absorb Obamacare’s costs. The restaurant industry, for instance, is struggling to reconcile profitability and compliance under the mandates of the Affordable Care Act.

The evidence is clear: Obamacare hurts young Hispanic-Americans more than it helps us. That’s why the LIBRE Initiative continues its efforts to highlight the deficiencies of the health care law and those elected officials who support it with “The Accountability Project.” LIBRE is hosting town halls in Florida and in communities across the nation where we talk with Hispanics about the effects of the law and offer them important information about how to deal with its impact.

What we’ve found is that Hispanic-Americans have had enough of Obamacare. According to a Quinnipiac University poll, 48 percent of U.S. Hispanics oppose the Affordable Care Act, despite having the highest percentage of uninsured at 29.1 percent.

It is telling that those who the law is meant to help think it will otherwise have a negative effect on their lives.

As the fastest growing demographic in the U.S., we’re an integral part of the nation’s identity. Obamacare, however, does more to harm us than help us — and there’s no New Year’s resolution that we can make to overcome the costly impact of this law.