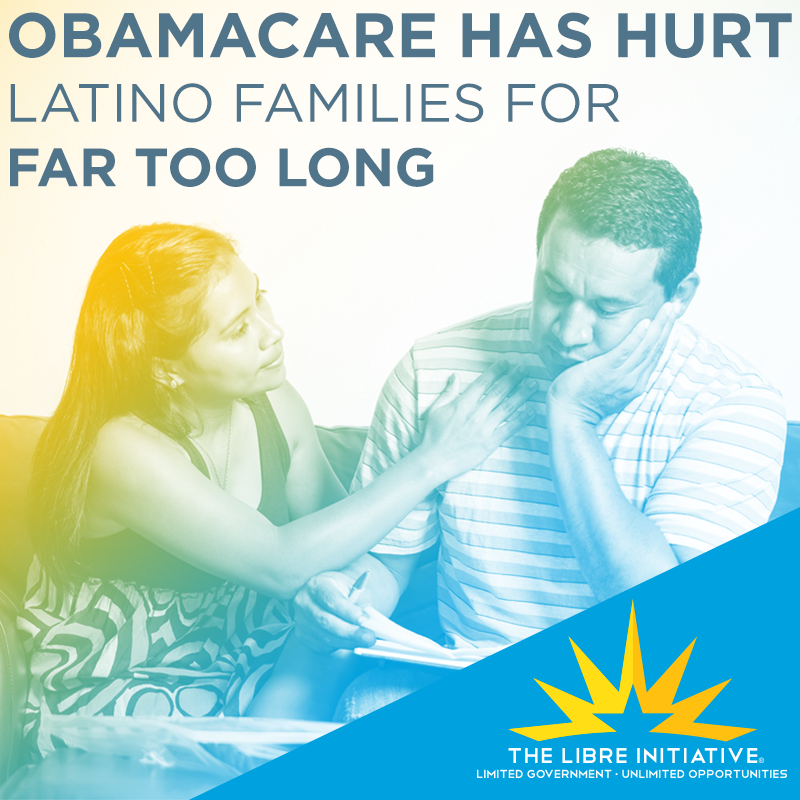 About 23 million people will enroll in a health insurance plan through an Obamacare exchange in 2017—at least that was the prediction the non-partisan Congressional Budget Office (CBO) made in 2010.

Fast forward seven years and the number of people getting health care coverage through an Obamacare exchange is much lower. In fact, the Associated Press estimates that it’s about half of the CBO’s predicted amount. And, the amount of people receiving coverage through an exchange this year is 4 percent lower than last year. This is just another example of Obamacare failing to live up to its expectations.

Between 2011 and 2015, nearly 4.5 million uninsured Hispanics gained health care coverage—but most did not go through the federal exchange to get it. Last year, only roughly 770,000 self-identified Hispanics were enrolled in Obamacare plans through the federal exchange. Considering that in 2011, 38 percent of the uninsured Hispanic population, or 5.89 million people, were eligible for federal assistance via the exchange, the lure of subsidies isn’t a strong enough incentive for Hispanics to enroll in Obamacare plans.

The government’s decision to coerce people into obtaining coverage—even if they don’t want or need it—has backfired. The individual mandate requiring people to get health insurance coverage–or else pay a fine to the IRS–is one of the least popular components of Obamacare. In 2016, the tax penalty for households without coverage will average $969—up 47 percent from 2015. If a family can’t afford health insurance, how can they be expected to give the government almost $1,000 more out of their paychecks?

Despite facing the threat of a penalty, many people have decided to forgo coverage because the cost of an insurance plan is just too much. Across the country, people are seeing double-digit premium increases—and that’s only the monthly cost of the health insurance. On the lowest-cost Obamacare exchange plan this year, people will pay an average of $6,000 out-of-pocket for medical expenses before their insurance covers anything.

Stephanie Haltinner lives in Utah and the Obamacare exchange plan she and her husband have has a $13,000 deductible. Like many others, she’s hoping for health care reform so that “I don’t have to be afraid to go to the doctor for fear of paying hundreds of dollars I can’t afford.”

Obamacare is a failed policy that has hurt Latino families for far too long. People aren’t signing up through the exchanges because the plans aren’t worth the cost. Congress must come together to pass patient-centered reforms that will allow all Americans to be in control of their health care decisions.