Obama Policies Growing the Gap Between Rich and Poor 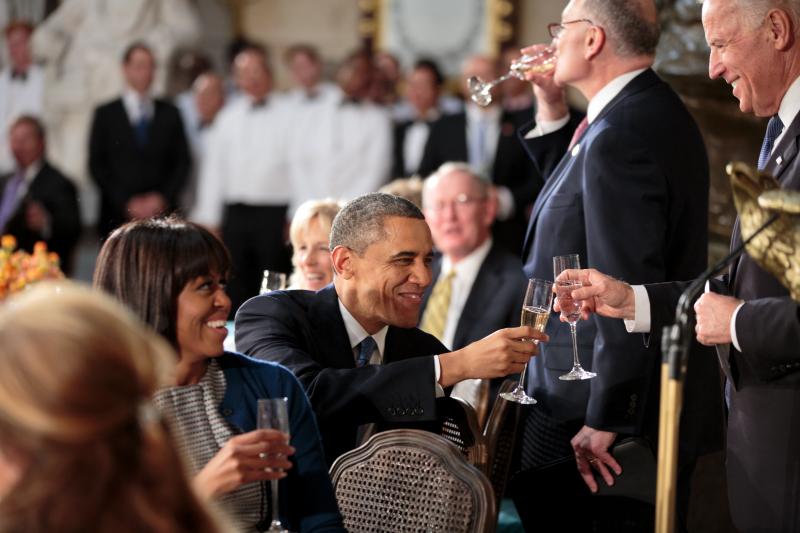 Obama Policies Growing the Gap Between Rich and Poor

President Obama often talks about the importance of narrowing the gap between the rich and the poor in America. In his most recent ‘pivot to the economy,’ he has spoken about the need to tackle income inequality:

“Job security, with good wages and durable industries, a good education, a home to call your own, affordable health care when you get sick. A secure retirement even if you’re not rich. Reducing poverty, reducing inequality. Growing opportunity. That’s what we need,” he said in a campaign-style speech.

First off, it’s important to note that the current debate over income inequality is extremely misleading. Until the recent recession, U.S. median household incomes kept rising in inflation-adjusted terms, decade by decade. The United States economy has done an amazing job of delivering opportunity and shared prosperity to millions of families – and improving the economic prospects of generation after generation. That’s a legacy we want to continue and build on.

Furthermore, President Obama has a record on income inequality that we must look at. He has been in office for more than four years now. In his first two years  – 2009 through 2011 – his party had complete control of Washington. The Democratic congress approved his signature economic achievement – the ‘stimulus’ bill – as well as the Affordable Care Act and the Dodd-Frank financial overhaul. Congress generally rubber-stamped President Obama’s annual spending requests as well. So when President Obama calls for Republicans to approve his agenda, we should see what he has accomplished.

The results are disappointing.

Not only has economic growth been weak, and unemployment high, but the gap between rich and poor has actually grown faster:

Research by University of California economist Emmanuel Saez shows that since the Obama recovery started in June 2009, the average income of the top 1% grew 11.2% in real terms through 2011.

The Census Bureau’s official measure of income inequality — called the Gini index — shows similar results. During the Bush years, the index was flat overall — finishing in 2008 exactly where it started in 2001.

It’s gone up each year since Obama has been president and now stands at all-time highs.

President Obama’s economic policies have been tested. They were approved early in his presidency, and they have had several years to work. So far, the results are the opposite of what was promised. Congress should reject this approach. Instead of government taxing and spending, we need to look at what policies are most likely to promote economic opportunity and shared prosperity. That means getting government out of the way, and encouraging private sector job creators to take the lead. Right now small businesses are worried about regulations, energy costs, tax rates, and health care. If we want to encourage businesses to create jobs and grow, we should get Washington out of their way.