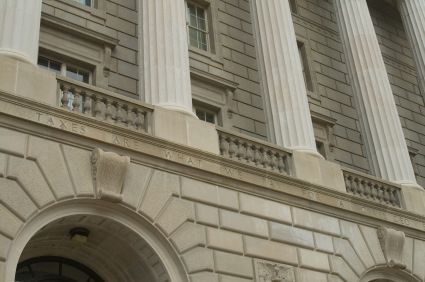 Occupational licensing laws and regulations represent a major barrier to opportunity for Latino workers, who may be prevented from succeeding in the workplace due to unjustifiable and unnecessary fees. New data from the Institute for Justice reveal the varied burden of these occupational licensing laws across the fifty states and the District of Columbia, updating the highly successful first edition of the same report five years ago. The “License to Work” report compares the number of low to moderate income professions that are licensed in each state, cataloguing the hours of training, fees, and exams required in order to practice each profession in each state:

“Today, more Americans than ever must get a government permission slip before they can earn an honest living, thanks to the spread of occupational licensing laws. Licensing laws now guard entry into hundreds of occupations, including jobs that offer upward mobility to those of modest means, such as cosmetologist, auctioneer, athletic trainer and landscape contractor. Yet research provides scant evidence that licensing does what it is supposed to do—raise the quality of services and protect consumers. Instead, licensing laws often protect those who already have licenses from competition, keeping newcomers out and prices high.”

Nearly one-third of Nevada’s population is Hispanic, and that state is the second most broadly and onerously licensed state in the union. The Silver State requires a license for 75 out of 102 low to moderate-income professions under consideration in the report, including several professions in the disproportionately Hispanic-concentrated industries of construction, landscaping, and transportation. To become a licensed residential landscape contractor in Nevada, a worker must pay $1,253 in fees, obtain four years of experience, and pass two exams. With millions of low-income workers struggling to get ahead across the nation, it’s hard to justify the imposition of this onerous system of regulations. Unfortunately, similar licenses are required for it in no less than 48 states, and that’s just the beginning. There are countless other trades and professions with similarly burdensome requirements holding back workers all over the United States.

In the 1950s, only five percent of American workers required a license – a permit from the government – to practice their profession. Nowadays, that number has grown to nearly a quarter of all workers in the United States, and the growth of occupational licensing has not significantly improved public safety. Even as the burden of government permission slips in the workforce has more than quadrupled, have we become four times safer? Instead of the dramatic rise of licensing leading to a dramatic rise in public safety, the effects have been almost impossible to observe. All too often, new licenses are justified on the grounds that they would lead to just such an improvement, but unfortunately the experience of the last seven decades has not borne this out.

This new data will go far toward exposing the extent to which occupational licensing laws are affecting the ability of workers in every state to climb the economic ladder and improve their lives. Latino workers, who face disproportionate barriers to opportunity in America, stand especially likely to benefit from reform. Reforming these government permission slips has the potential to create opportunity for millions of Latino workers across the nation, and as state lawmakers return to work in the new year, tackling occupational licensing should be a top priority.