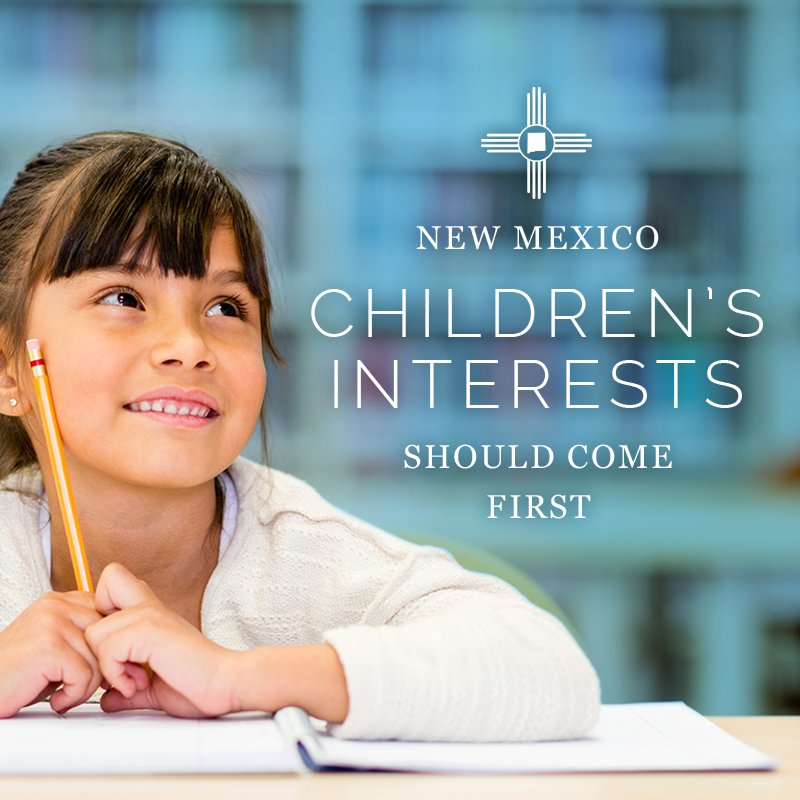 In December of last year, New Mexico state Representative Christine Trujillo (D- Albuquerque) introduced legislation that would stop the approval of new charter schools in New Mexico for at least two and a half years. And last week the House Education Committee voted along party lines to send the moratorium to a vote in the full House of Representatives. According to the lawmaker, the moratorium is needed to review the operation of charter schools, whose performance has come under considerable scrutiny recently. But halting the approval process of new charters schools will do more harm than good, as many families are increasingly relying on charters schools in order to offer their children an alternative to underperforming traditional public schools.

Charter schools in New Mexico have seen tremendous growth in through the years, a clear sign that parents value this type of school over traditional public school alternatives. In fact, charter schools have grown from one charter school in 1999 to 99 in 2016. According to the National Alliance for Public Charter Schools, enrollment went from just 22 students in 1999, to almost 23,000 in 2014—an astounding 1,000 percent growth. Furthermore, federal data shows that charter school enrollment as a percent of total public school enrollment more than tripled since 2003—from 1.9 percent to 6.3 percent in 2014.

Shutting down the approval for new charter schools could come with serious costs to the state for a variety of reasons. First, according to a recent analysis of the moratorium by the New Mexico Public Education Department (PED), such a policy would make the state ineligible for certain federal grant programs. In fact, as the analysis explains, in the past year the PED submitted a grant application seeking more than $30 million “to support the improvement of authorizing practices, the sharing of best practices among charter schools and traditional public schools, and the start-up of new charter schools”. However, according to the PED a charter moratorium would make the state ineligible for this grant program. Additionally, as explained in the analysis, the moratorium could jeopardize the state’s ability to garner federal funds it already receives. And finally, as the PED notes, “with a new federal administration interpreting ESSA, there could be additional requirements surrounding charter schools for standard federal funding streams such as Title funding”.

Ultimately, as highlighted in the analysis, by enacting a moratorium on new charter schools, families in New Mexico would be denied the opportunity to make the best choices for their children’s education, at a time when the best charter schools throughout the state already have unbelievably long waitlists, according to the PED.

Putting fiscal considerations aside, it is important to focus on the basic hypocrisy in the attitude of the proponents of a moratorium. The rapid growth in charter school enrollment is the clearest sign of parent’s desire to escape schools that they know are not a good fit for their child. Shouldn’t this very desire, which has caused the traditional public schools to lose 23,000 students since 1999, be a strong indication that traditional schools are failing to meet the needs of New Mexico families?

If traditional public schools were a business, this attitude would be paramount to punishing customers for not buying a company’s products by limiting their access to other similar goods. You don’t like the smartphone I manufacture? Easy fix: let’s ask politicians to put a moratorium on all other brands of smartphones. That is exactly what the proposed moratorium would do – with the big difference that not all customers will be punished. Instead only the poorest families will be hurt, while wealthier families will be left unharmed. They can already afford to shop around for a better school for their children. They can afford to enroll their children in a private school if they want to.

A moratorium effectively serves to preserve this status quo. If you are rich, you get a shot at a better education. If you are not, you are stuck with politicians deciding where you are allowed to send your children to school. The only moratorium needed in New Mexico is a moratorium on bad ideas.