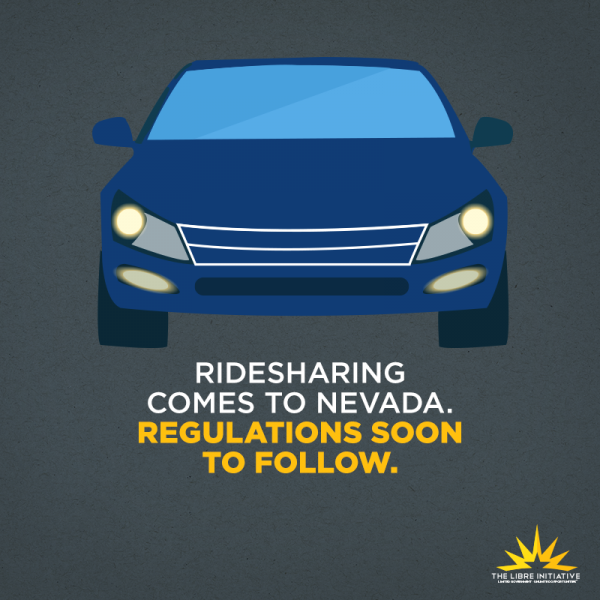 Drivers, start your engines: ridesharing has finally arrived in Nevada. However, despite its immense popularity, the battle between the ridesharing companies and the government regulators is just getting started.

The availability of ridesharing is a long-anticipated development that was met with much fanfare all across the state, especially in the city of Las Vegas. Ridesharing services were previously prohibited in the Silver State, due to temporary restraining orders from the Nevada Attorney General’s office. After a long and arduous process filled with many government roadblocks, ridesharing companies are back on the road, and there has been a high demand for the service thus far.

However, as is often the case when new technology emerges, some are happier about the policy changes than others. Some Nevada residents have objected that Uber and Lyft – two major ridesharing companies – use “surge pricing,” in which fare rates increase during times of high demand. Some members of the Nevada legislature so oppose this practice that they have brought up the idea of putting a cap on the rates of ridesharing drivers. While this idea sounds attractive, and might be good in theory, in practice it is almost certain that it will hurt the consumer.

Surge pricing is based on the idea of a dynamic pricing model, which increases in times of high demand. Raising the price that drivers can charge during busy times has two main effects, both of which balance the desires of the different people in the market for rides. Firstly, it adjusts the demand by making sure that those who are utilizing the ridesharing services during this busy time are those who want it most. Riders who have a very strong demand for a ride will be willing to pay a higher price, while riders with a less urgent trip will be more inclined to wait. If there are only a given number of cars on the road, then it makes sense that those cars should go to the riders who need them most at that moment.

Secondly, and most importantly, surge pricing adjusts supply by creating a bigger incentive for more drivers to head out on the roads during busy times. Driving a cab on a holiday like New Year’s Eve is not a happy prospect for drivers, as there is a high risk of inebriated customers and dropped reservations. Also, the drivers might want to spend time with their own families. Paying drivers more compensates them for this added risk and missed opportunity, and so it brings more drivers out to the road. This, in turn, helps consumers by alleviating a potential shortage of rides home. While consumers wind up paying more, fewer people wind up drinking and driving, or waiting hours for a cab in the cold.

The complaints against surge pricing are misdirected, because the pricing model is not actually a way for drivers to price gouge their riders, but instead is a reflection of a scarcity of cabs – at that very moment, there are more people who want rides than there are people who are willing to give rides. Surge pricing makes the best of a bad situation, and prices often quickly drop back down – in fact, several of the applications even work to help the consumer by including an option that notifies you once the price has returned to normal levels.

Many Nevadans understand this principle, and are thrilled that ridesharing services are now allowed in their state. The dynamically-priced, user-friendly mobile application is especially favored by Nevada Hispanics, a group in which 81% of mobile subscribers use a smartphone.  Hispanics are more than twice as likely as non-Hispanics to use ridesharing applications, especially in the Western part of the United States, where ridesharing applications are more popular. Ridesharing’s flexibility allows greater service to traditionally underserved areas, and the lower prices make it more accessible to everyone.

Based on the outpouring of support from Nevada social media, most of Nevada seems to understand and accept surge pricing. This is why legislators must also understand that inhibiting true dynamic prices will only undermine the very mechanisms by which they are able to enjoy competitive prices compared to traditional cabs. Nevadans have in large part embraced the dynamic pricing models, and their legislators should do so as well.