LIBRE Releases Third Video Clip: "Bargain Hunting" in the How to Raise a Little #MsLIBRE Campaign
Teaching our Daughters the Value of Hard Work, Self-Reliance & Entrepreneurship 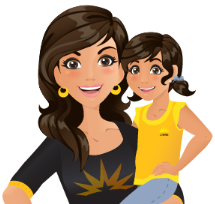 (Washington, D.C.) – The LIBRE Initiative (LIBRE), a non-partisan and non-profit national grassroots organization that advocates for the principles of economic freedom in the Hispanic community, has launched the third video in the series "How to Raise a Little #MsLIBRE" on the topic of Bargain Hunting. The short videos presented by LIBRE's National Spokesperson Rachel Campos-Duffy strives to show the values of economic freedom by providing easy and practical advice for raising and empowering the next generation of entrepreneurs and fiscally responsible girls.

The #MsLIBRE social media campaign is part of LIBRE's women's initiative that works to empower women and girls to be economically savvy and independent. According to a study by the U.S. Department of Commerce, 34 percent of Hispanic firms are owned by Latinas. Nonetheless, children of all races and socio-economic backgrounds are losing touch with the American values of hard work and earned success.

Watch for more videos in the series to be released. See Rachel Campos-Duffy on Fox and Friends talking about #MsLIBRE here.

About #MsLIBRE
LIBRE launched the social media campaign #MsLIBRE to celebrate Hispanic women as beautiful, entrepreneurial, self-reliant and powerful as a counter campaign to President Obama's "Life of Julia" campaign – which featured a woman dependent on the government from cradle to grave. LIBRE's counter-campaign, #MsLIBRE, promotes female empowerment, not dependency and we strive to inform women on how teach the next generation the same values. Read more.

Mega TV: Cesar Grajales Talks the Root Cause of Inflation