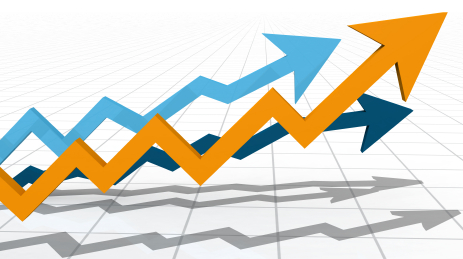 Hispanic voters are still yearning for real leadership and are willing to consider both national parties in their search. While President Obama’s failed policies, lack of leadership, and unwillingness to deliver on promises have produced a marked drop in support for Democrats amongst U.S. Hispanics, this past election cycle conservative candidates made headway with this demographic through effective outreach in key races. Reversing years of declining popularity among Hispanics, some conservative candidates turned the tables on liberals in the midterm elections and won back part of this key electorate, as shown by recent polling conducted by the polling company, inc./WomanTrend on behalf of the LIBRE Initiative.

In the poll, Hispanics and other voters across the state of Colorado, in Florida’s 26th congressional district and in Texas’ 23rd congressional district, were asked about the issues that matter most to them, and why they voted the way they did. The results reveal three main developments that should be of use to the leaders of both parties as well as the general public.

First, with effective outreach, conservatives proved they can turn the corner on years of declining support from the Hispanic community. In a number of key races, the national trend of Hispanics voting for Democrats has not only stalled, but reversed itself. Most notably, Hispanic residents of Colorado were evenly split between Republican Senate candidate Cory Gardner (R-CO, elect) and incumbent Democrat Sen. Mark Udall, in striking contrast to the more than 60-point lead held by Democratic senate candidate Michael Bennet in the 2010 elections only four years before.

Second, large portions of the Hispanic population remain unreached by either side, illustrating the opportunity for further outreach in coming years. Among Hispanic voters surveyed in all three key races, a majority stated they had not been contacted by political parties or groups urging them to vote. In Colorado, 46% reported being contacted to take action during the midterm election cycle. In Florida’s 26th district and Texas’s 23rd district, engagement with the Hispanic community was even lower, with only 24% and 31% of respondents reporting that they had been contacted respectively.

Finally, groups looking to engage more effectively with the Hispanic community should not limit their outreach to a single issue. According LIBRE’s poll, the Latino community was not primarily motivated by rhetoric surrounding the immigration debate in this election. In the past, groups have attempted to engage with the Hispanic community on the assumption that immigration was the issue of utmost importance for Hispanics, and major pollsters persisted in this narrative right up until the end. In fact, a report released by Latino Decisions the night before the election claimed that 45% of Hispanics nationwide cited immigration as the top concern for their community going into the polls. Yet among actual voters, the majority of Hispanics in each of the regions surveyed did not list immigration as their top concern. In fact, in all three regions, more than twice as many Latino voters listed “˜Economy & Jobs’ rather than “˜immigration’ as the most important issue to them.

Though U.S. Hispanics are often incorrectly thought of as a monolithic voting bloc, these survey results reveal a more nuanced picture. Neither party can afford to ignore Hispanics or take them for granted.