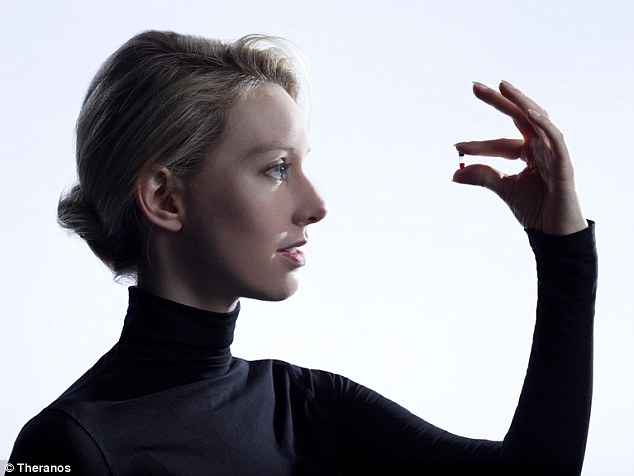 What do members of Congress know about the latest innovations in medicine? Our elected officials collectively hold impressive educational backgrounds – but if you look at their areas of expertise, the 113th Congress boasts hundreds of lawyers and career politicians. There are 2 physicians in the Senate and 17 in the House, which includes dentists, veterinarians, psychologists, and a psychiatrist. Members of Congress play important roles in the future of the medical field, of course, but not in the form of large, central planning like Obamacare. That’s because positive changes in health care won’t come from elected officials or bureaucrats, they’ll come from innovators making bold changes today and many others whose names we do not yet know.

Like Elizabeth Holmes who made headlines this week for her fresh take on old blood testing procedures. After recognizing that that laboratory medicine was ripe for innovation, she took a huge risk and dropped out of Stanford at the age 19 to pursue her idea. Now 30, she has developed brilliant new blood testing methods that accomplish similar testing results with just a drop of blood, much less time, and can be done in convenient locations like drugstores. Her company, Theranos, is touted as the next big thing to revolutionize medicine, potentially saving billions of dollars for the rest of us in healthcare costs.

Imagine what this one innovation means for families – especially lower income and working families. Instead of a single mom with a sick toddler taking precious time out of her day to go to the doctor’s office, waste time in the waiting room, painfully draw a sample from the child, and then wait days for results, thanks to Holmes there is a better way. In addition to eliminating an added visit to the doctor’s office and the efficiency of getting the results in just four hours, patients will have access to their own results, each test costs less than 50% of the standard Medicare and Medicaid reimbursement rates, and  the entire process is completely cost transparent (Theranos lists all prices online).

Taking into consideration the projected population growth of Hispanics and the need to have available systems to address the coming health challenges, research done by Pew Hispanic illustrates how Theranos could also be a game-changer for Hispanic families:

“The size and rapid growth of the Latino population offers considerable reason to focus on its chronic disease management. Latinos will account for most of the U.S. population growth through 2050. While in 2007, Latinos comprised 15 percent of the U.S. population, or about 45.5 million people, projections based on current demographic trends suggest that by 2050, they will comprise upwards of 29 percent of the population, or 128 million people. Though they are now relatively youthful compared with the general population, Latinos will account for a growing proportion of middle-aged and elderly Americans in the future. By 2050, for example, the Hispanic share of the elderly population will almost triple to 17 percent from 6 percent in 2005.”

Too many elected officials seem to believe they are the only ones capable of “fixing” health care. But lawmakers cannot possibly imagine what the next innovation will be, because entrepreneurs like Holmes are creating it as we speak. And when a central government attempts to predict the future, it is often incorrect, and can actually thwart new innovation. If Washington tried to tackle the ‘problem’ of complex and costly blood tests, it likely would have involved new mandates and taxes – and it might have blocked Holmes’s innovative approach.

Obamacare itself was presented as a solution – but with insurance policies being cancelled every day, jobs being cut, patients losing their doctors, and all of the confusion surrounding the implementation, it is clear that this ‘solution’ is more of a problem. Its focus on insurance cards rests far too much on the demand side of health care without regard for the supply side. Its growing rules, regulations and government bureaucracy will hinder innovative growth. This is typical with grand, overarching, overbearing government plans of sectors they truly don’t understand. Their role should be to encourage growth in these areas rather than regulate, dictate, and limit. Politicians are not in the same position to do what Elizabeth Holmes did, and that is ok.