Latino communities are being hit hard by inflation. What can be done about it? 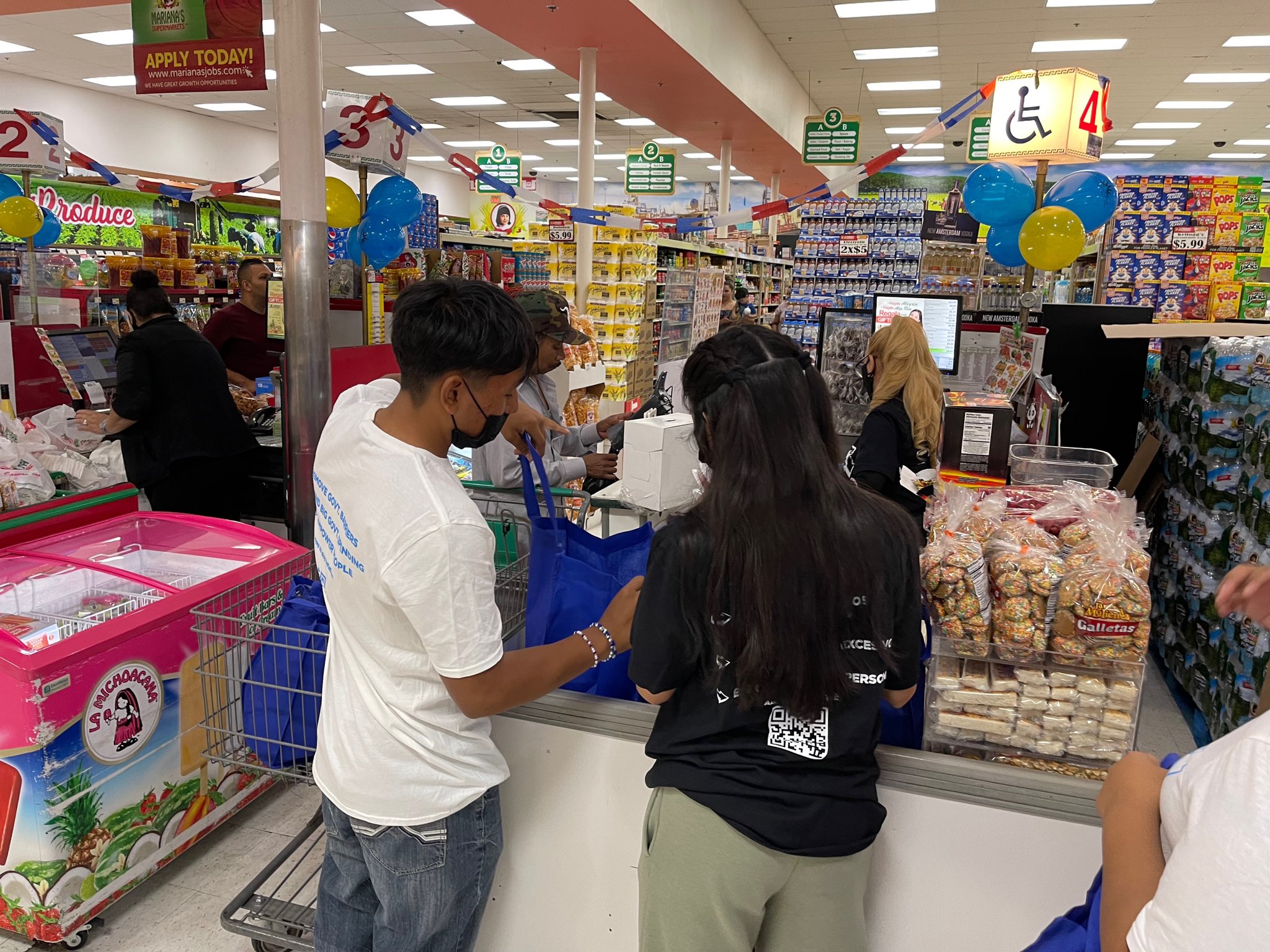 For anyone who had to purchase anything lately, the most recent numbers on inflation merely confirm what we all know already: inflation is continuing to climb, now reaching a 40 year high.

The Bureau of Labor Statistics reports that in June inflation was up 9.1% from June of 2021, which is the biggest increase in a 12 month period since 1981.

Families all around the country are struggling to find an answer to how they will keep food on the table and gas in the car.

To make matters worse, real wages are not keeping pace with this rising inflation, and in fact are down 6.2% since January 2021.

And, while inflation is hurting all Americans, a new report from Axios finds that Latino communities are being hit even harder.

Why is this happening, and what can we do about it? 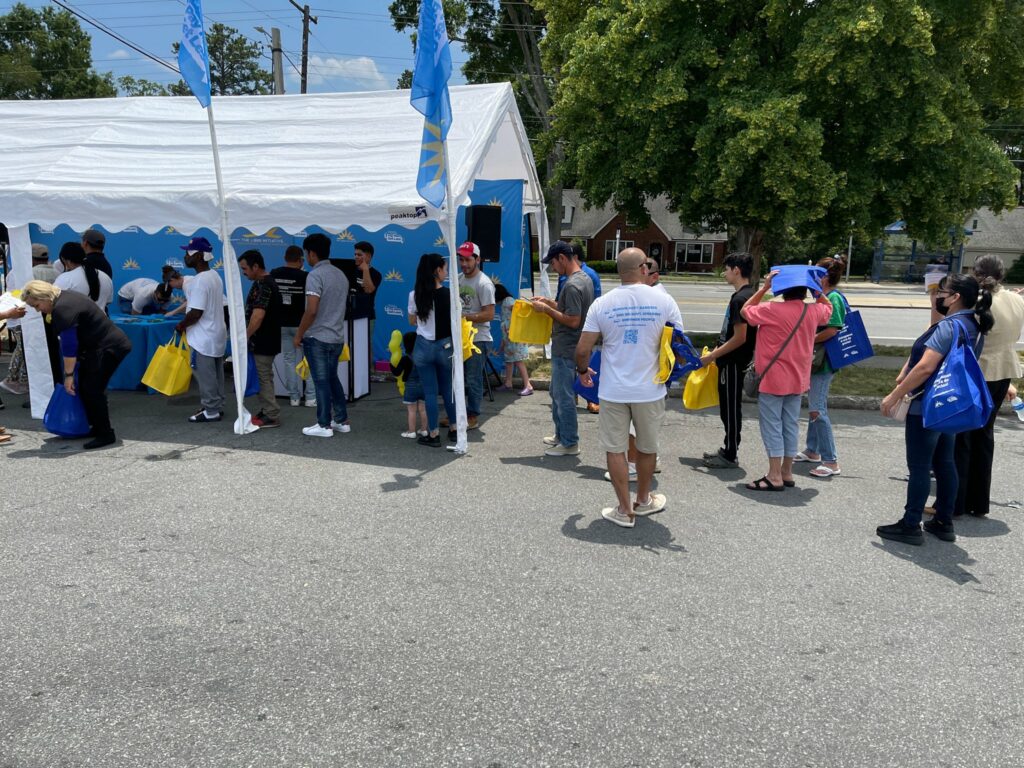 Charlotte, North Carolina – June 26, 2022: Charlotte’s Latino community lined up at LIBRE’s tent to learn about the true causes of inflation and the policies that can help reverse it.

This inflation crisis is harming everyone, but it is hitting Latino communities especially hard due to differences in consumption habits that see a larger share of their income spent on staples like food and gas that have been particularly affected by rising inflation.

Research from the New York Federal Reserve estimates that Latinos are experiencing a .6 percentage point higher inflation rate than average.

Though, the New York Fed actually states that this estimate is likely understating the true rate of inflation facing Latinos.

It is not surprising, then, that a March 2022 poll found that inflation was the most important concern for Latinos.

Why is inflation increasing?

How in the world did this catastrophic rate of inflation come about?

While politicians have been throwing out excuses since last year, blaming supply chain issues or the Russian invasion of Ukraine, the truth is that the blame for rising inflation falls squarely on their shoulders.

Unfortunately, even though the pandemic emergency is now over, politicians are continuing to spend money with wild abandon, just as fiscal restraint is more necessary than ever.

How can we reduce inflation and lower prices?

The first step to reducing inflation is for the government to tighten its belt and let the printing presses cool off for a while.

As long as our elected leaders continue to spend money like drunken sailors, more and more money will flood into the economy without an increase in the amount of goods and services available to purchase with said money.

However, there are many other things that the government can do, or rather stop doing, that would help lower prices by increasing the supply of goods and services.

With the price of gasoline and electricity shooting through the roof for most of the year, one of the most obvious steps would be to get the government out of the way of oil and gas production and unleash America’s energy potential.

Numerous onerous and pointless regulatory burdens have piled up over the decades and are seriously weighing down America’s ability to provide inexpensive and abundant energy.

Laws like the National Environmental Policy Act (NEPA), the Renewable Fuel Standard, and the Endangered Species Act have done little to help the environment, but have plagued energy development projects with mountains of busy-work that has little to do with getting oil and gas out of the ground.

NEPA alone adds an average of four and a half to six years to energy and infrastructure projects by requiring an environmental review process.

With the average national gas price sitting at $4.60 a gallon, American families cannot afford to wait for bureaucrats to push papers around for 5 years. Congress must modernize and streamline those laws to deliver the needed relief to those families. 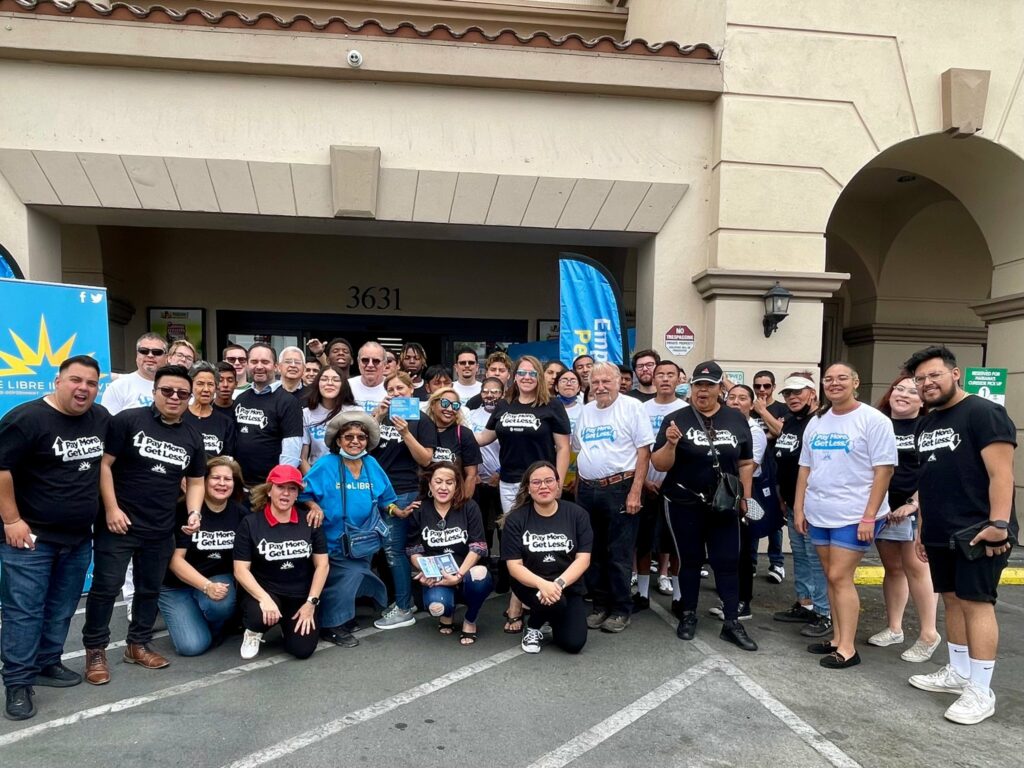 Las Vegas, Nevada – June 18, 2022: LIBRE’s Nevada team at a grocery store in Las Vegas letting folks know the causes of rising grocery prices and what can be done to reduce inflation. Our volunteers even bagged groceries for customers.

After gas and energy prices, food prices are one of the largest burdens on Latino families right now.

Part of this price increase stems from the terrible incentives in the Renewable Fuel Standard, which requires that gasoline contain a certain percentage of biofuel, usually ethanol. This biofuel is largely produced from corn.

In fact, 40% of all the corn produced in the U.S. is used for fuel production, and 30% of the soy oil produced is used to make biodiesel. This has driven up the price of corn by an estimated 12%.

This has turned corn into a valuable commodity for farmers to produce, and leads to more corn production at the expense of other crops for human consumption, which in turn raises those prices as well. Similarly, if corn is being used to make ethanol, then it can’t be used to feed livestock and has resulted in increased consumer prices for beef, pork, poultry and eggs.

Removing ethanol mandates would not only lower prices, but improve air quality and lessen habitat destruction.

How LIBRE is working to reduce inflation

To combat the rising menace of inflation, LIBRE launched our True Cost of Washington Tour in May to raise awareness of how the government actions are making life more difficult for Latinos around the country and to provide some relief at the grocery store checkout line.

From Woodbridge, Virginia, to Las Vegas, Nevada, to Wilmington, North Carolina, LIBRE Initiative activists have been visiting Hispanic grocery stores and discussing inflation and cost-of-living concerns with Latino shoppers who are having difficulty making ends meet.

Our NV @LIBREinitiative team at grocery store in Las Vegas letting folks know the causes of spiking grocery prices, and what we can do to reduce inflation. Our vols even helped to bag groceries for customers!
✅Achieve energy abundance ✅slash wasteful spending
✅cut regulations pic.twitter.com/4xe5H9lHyq

In Charlotte, LIBRE distributed “inflation gift vouchers” worth $28.67, which is the estimated cost of only two days of inflation.

The LIBRE Initiative will be continuing the True Cost of Washington Tour around the country to give Latinos the information they need on the root causes of inflation and what steps can be taken to reduce the pain at the checkout and the gas pump.

Join LIBRE as we fight to ensure that Latinos can continue to work hard to build our own American dream in the months and years ahead.