It’s time to restore value of work, not welfare 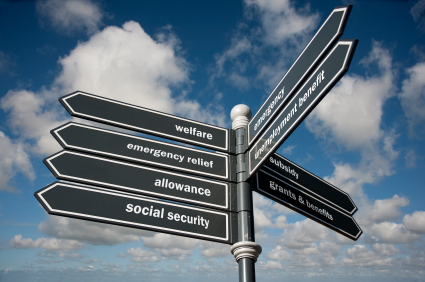 In the wake of Labor Day, the Bureau of Labor Statistics released employment statistics that make last week’s celebration seem premature. The sluggish economy is barely moving, with only a trickle of new job creation and high unemployment rates across the country — with Nevada and the West hardest hit.

The numbers don’t tell the full story, however. Unemployment is not only high, but the country’s workers are being deprived of the incentive to work.

A new study by the Cato Institute sheds some light on this problem. According to Cato’s research, welfare benefits actually outpace the income most recipients can expect to earn from an entry-level job. This raises questions about Nevada, which has the fifth-worst unemployment rate in the country, but is a lofty 15th in welfare generosity.

This research shows that the current welfare system is providing a disincentive to work, given the level of benefits provided. This is doing the American people more harm than good, as many are trapped in a lifestyle of dependence, instead of self–reliance. Most Americans would agree that taxpayer-funded welfare should be a temporary tool to use until they get back on their feet; it should never be more attractive than a paying job.

The Cato study shows that in 35 states, welfare actually pays more than minimum wage. Those states include Nevada, where recipients on public assistance can expect to earn $14.34 an hour—or almost twice the federal minimum wage. For many, this is no-brainer, and the thought of a low-skilled, minimum-wage job pales in comparison with the ease of free money without the long hours. But the ramifications of this go deeper than the pocketbook, affecting self-worth and crushing the entrepreneurial spirit to seek a better life on your own terms — away from dependency.

Incentivizing people to depend on the government through programs such as welfare, without a path to employment, is troublesome to society and a betrayal of the American dream. Right now, welfare recipients in 11 states can earn more than the pretax salary of a first year teacher. In 39 states, they receive more than a starting wage for a secretary, and in the three most generous states, a person on welfare can take home a salary higher than that of an entry-level computer programmer. In Nevada, a person on welfare can claim a salary of as much as $31,527 per year.

These benefits are becoming unsustainable for state and local taxpayers, who already pay more than $668 billion annually. The benefits are also unsustainable to job creators and small businesses, forcing them to compete against not only a stagnant economy and new regulations such as ObamaCare, but also a welfare system that lures a potential workforce with incentives to turn down employment and begin a life of dependency on big government.

In a recent conversation with a Nevada small business owner who is considering selling or closing down his nail and beauty salon in a predominantly Latino community on the east side of Las Vegas, I discovered that while business is slower than usual due to the weak economy, that is the least of this businessman’s problems. The bigger issue is losing customers because he cannot find the personnel to accommodate demand.

You would think in a state with one of the highest unemployment rates in the country, finding workers would be easy. But that is not the case. This begs the question: Are states such as Nevada suffering high unemployment because of the ongoing recession, or has taxpayer-funded welfare taken away an important incentive to find a job and ultimately build a better life?

If Congress is really serious about reducing dependency and getting America back to work, our welfare system needs to be reformed. Our leaders need to take a closer look at strengthening work requirements and reducing incentives to remain on welfare by bringing back the value of self-reliance through hard work.

Ronald Najarro is the press secretary and spokesperson for the southwest regional offices of The LIBRE Initiative, a national nonpartisan and nonprofit grassroots organization that advances the principles and values of economic freedom to empower the U.S. Hispanic community.