Immigration Bill’s Time in the Crucible Has Arrived 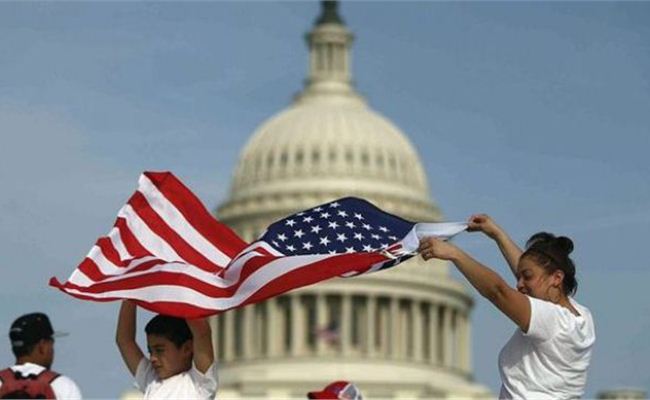 Fox News Latino By Daniel Garza April 17, 2013
There is an old saying that times change and people change with them; sentiments toward immigration is no exception. In the last few decades, more Americans have come to recognize that political, economic, and social changes have rendered our current immigration law no longer workable, beneficial to society, or favorable to our economy.

Many also agree that we have paid a heavy price for our hesitancy to adequately address our nation’s broken immigration law, and consequently, have called on Congress to approve a system that is compassionate, restores order and prevents the future flow of unauthorized immigrants. They join long-time immigrant advocates, elected leaders and other stakeholders who have gone through a seesaw of emotions in the last two decades.

I, myself have come full circle from the enthusiasm I felt about our prospects of passing reform during my time in the Bush White House, to the melancholic resignation I felt when reform fell short of approval in 2007 and now, back to feeling a sense of guarded optimism amid the most recent efforts; namely, in the advent of actual legislation being introduced this week by the Gang of 8 in the Senate.

Here is what we know. The bill will offer the much sought after legal status via temporary worker programs, a more permanent remedy for “Dreamers,” and prescribes an eventual path to citizenship to those who qualify which will be triggered only after federal officials achieve 100 percent surveillance and a 90 percent capture rate along the nation’s border areas.

Additionally, the plan aims to deal with the family members of those who are here currently unauthorized, those wanting to enter legally and an entry-exit tracking system for those coming to the United States with visas.

All very ambitious components when taken separately, but when cobbled together, it ensures the legislation will require nothing short of a herculean task to achieve passage. There is ample reticence by many Washington insiders on the bill’s eventual enactment as well. There is enough stuff here to placate Republicans and also enough to appease Democrats. But there is also enough in the bill for Republicans who are balking at the effort to make a strong case in opposition, and enough for Democrats who may feel compelled to do the same.

There’s a 10 to 12 year process being proposed before eligibility for citizenship kicks in, a period of time many on the left have said is much too long for their liking. Tying citizenship to border security is not as easy as it may seem either. That’s because determining how to achieve “operational control” over the southern border in a way that satisfies all stakeholders is proving to be a complex challenge, and establishing suitable levels of infrastructure and security personnel is an arbitrary science.

Requirements such as learning English, paying steep fines and fees, and calls to dispense with the House’s regular order procedure to slam through a bill in short order are all issues that are already inciting passionate debate.

Taken individually, these requirements may seem to be simple at face value, but when you lump them all together, they may be enough to dissuade a sizable percentage to enlist. If these requirements hinder full enrollment by the estimated 11 million currently residing in America without authorization, why not ease them in order to optimize participation, goes the argument. I don’t entirely disagree.

As a people who are in the habit of expressing pride for being citizens in the land of the free, and as the free Americans that we are- isn’t it reasonable we should want others to be free Americans? Isn’t it in our interests to bring hard working people out of the shadows and into the light of liberty?

My predilection in favor of policies that expand freedom heightens my aversion to the proposed limits imposed on those entering on employment visas. We should instead simply allow market demand to dictate the number of workers needed. The problem is if the prescribed number of W-visas doesn’t satisfy labor market demand -assuming there is future growth- other immigrants will come in illegally to fill the gap.

Another angst inducing component is the proposed establishment of new federal bureaus and agencies supposedly needed to manage the flood of applicants. It is a component I intuitively resist with every fiber of my being and fully expect an intrepid House member to propose an amendment that offers up market-based options instead.

Still, it has been encouraging to read that many of the previously irresoluble sticking points have been mostly smoothed out in closed-door negotiations. Agreeable parleys between union officials and members of the Chamber of Commerce have proved fruitful, and the essential advocacy of religious clergy, minority communities and student activists have also served in persuading Republicans and Democrats to redress major policy differences.

I’m certain, when all is said and done, Republicans Senators Marco Rubio, Lindsey Graham and John McCain, who are receiving intense criticism for their stance, will be justly rewarded politically. That’s because they are determined to get the policy right. Similarly, on a personal note, although I may disagree with Democrat U.S. Congressman, Luis Gutierrez on much more than I agree with him, he has been an impressive figure, standing tall and firm on immigration. Justly, his time in the sun is here.

All in all, the bill is now in the hands of Congress and its time in the fire has come. If the immigration bill introduced this week is to achieve successful passage from both chambers of Capitol Hill, proponents will have to show it is superior to the status quo as it endures the intense heat sure to be turned up by both sides of the aisle during the legislative process.

The proposal will also have to endure heavy political opposition and the heated rhetoric from Americans who prefer no reform at all (aka: the enforcement of current law) or the untenable policy of self-deportation.

For this, the measure will have to show it will vastly improve border security. For it is, I concur, a basic responsibility of any government to stop terrorists and criminals who would do us harm, stop human trafficking and victimization of the innocent, and deter the smuggling of dangerous and illegal contraband from getting past our borders.

The aims of the legislation must also help in making America an economically prosperous and welcoming society and enable the beneficiaries maximum opportunity to contribute fully to a stronger, freer and more prosperous society.

Will the Senate bill get shredded in the legislative process? You bet. Will full passage be achieved? No one can say. If past is prologue, expect verbal brawls veiled in polite language to displays of heated passion, and even some unbounded ugliness in the final deliberations. Yep, It’s going to get ugly.

Welcome to the crucible.