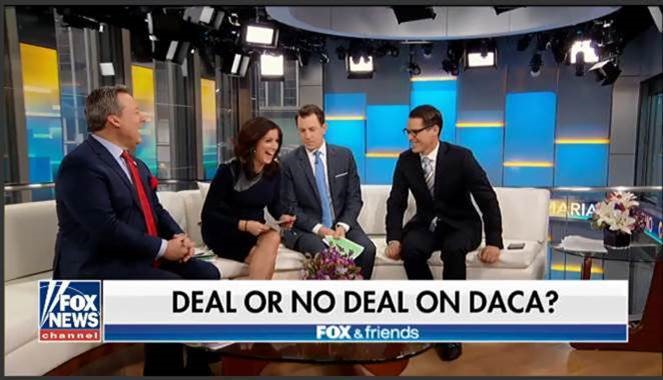 “We commend the president. We praise what he announced. We feel it’s a very strong and bold proposal. There are aspects of it that, I think, merit further consideration like, of course, the restrictions or arbitrary cuts to family migration, but, overall, this is a reason for Democrats to come to the table and finally get a long-term, permanent solution to the problem.”

I believe the arbitrary cuts to family migration is probably a discussion we should be having more long-term, more of a package for a permanent reform that has to do with legal migration, but, this is a reason to come to the table, this is an opportunity right now to finally do something.”

“The president blew everyone away by actually proposing that he would give citizenship to 1.8 million DACA recipients.”