The Human Cost of Fiscal Irresponsibility: The Debt Crisis in Puerto Rico 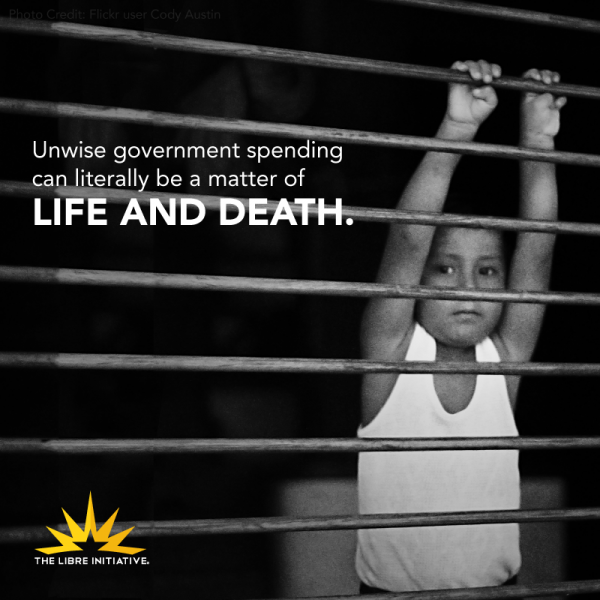 Puerto Rico’s only active air ambulance suspended services on the island earlier this month. Unable to continue operations amid the fiscal uncertainty, Puerto Ricans are left without a key service that is a matter of life and death. Tragically, a debt crisis like the one unfolding in Puerto Rico is not just a problem on paper. It carries a significant human cost. Puerto Ricans, like all Americans, cannot escape the negative consequences of our government’s irresponsible fiscal policies. When the government struggles to pay its debts – for whatever reason – it is often the people most in need who are hit hardest by the consequences. This is no mere speculation in public policy. It is a grim and terrifying reality, and recent developments in Puerto Rico show just that.

While Puerto Rico struggles with a multi-billion dollar fiscal crisis that has made it almost impossible for the government to continue to provide even the most basic public services, the island’s only active air ambulance announced – on June 3 – that it was suspending its services on the island. The company stated that it could no longer continue operations without a commitment from the government of Puerto Rico to pay its existing debt and offer acceptable fees that could guarantee long-term service. The company has unsuccessfully tried to resolve this situation with the government since November 2013. Last week the government of Puerto Rico rejected an offer made to settle an existing debt for $4.4 million, which represents only a portion of the total amount owed.

Air ambulance services are literally a matter of life and death for the people of Puerto Rico. Without them, people in immediate need of medical attention may die. It’s easy to blame either the Puerto Rican government or the air ambulance provider for this predicament. But the government of Puerto Rico is going bankrupt, and the air ambulance provider cannot operate an expensive piece of equipment like a helicopter without money to pay for fuel or repairs. And as a poorly-managed government asks more and more of private actors, the greatest harm falls on those who count on those private actors – in this case, people whose lives are in danger without a medical emergency helicopter. As unfair and brutal as it sounds, especially in the face of human suffering, both are subject to the same inescapable laws of economics, and both are made possible by years of uncontrolled spending and deficits.

This predicament is a tragic glimpse of what a bankrupt government looks like in the real world, away from the banks of Wall Street or the halls of Congress. In the real world, it is the often the most vulnerable that pay the price of runaway spending and growing government debt.  When the government lives within its means, it preserves precious resources that provide vital services for the people most in need. When it does not, it literally puts lives on the line. That is unacceptable in a free society. This is the reason why sensible policies aimed at reducing spending are not a futile exercise meant to appease the preferences of the fiscally-conservative crowd. These policies can make a real difference in the lives of people exactly when they need their government the most. We should all take heed. Demanding that government spends your money wisely, in Puerto Rico and in the mainland, can literally be a matter of life and death.