How Will the Next President’s Tax Plan Affect Hispanic Households? 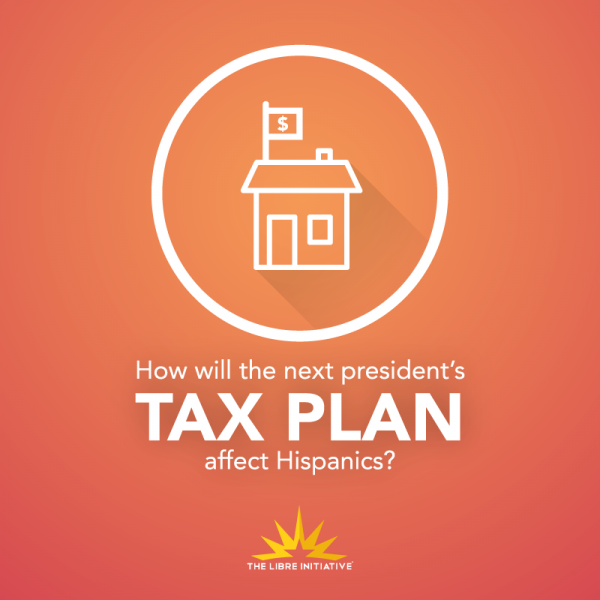 As tax day approaches (it’s April 18 this year), Hispanics households once again find themselves frustrated by the complexities of the tax code as they finish filing their tax returns. However, this year’s filing is special. Because it’s an election season, the impending tax day is a good opportunity for Hispanics to think a bit more about tax policy overall, to compare the tax proposals put forward by the current presidential candidates and to evaluate which plans would be the best or the worst for their pockets.

To make this relatively complex task a little easier, this year the Tax Policy Center teamed with Vox to create a calculator that shows how each candidate’s tax plan would affect the federal taxes Americans pay. As it turns out, when we plug in the Hispanic median household income for 2014 – i.e. $ 42,491 – and select the options for unmarried individuals with no children, Hispanics would pay the most taxes under Bernie Sanders’ plan: an additional $4,280 compared to what they pay today. Ironically, Hispanics may pay the least under Donald Trump’s plan, as the graph shows below. At the same time, Ted Cruz’s plan would reduce taxes by almost $2,000 while Hillary Clinton would leave taxes virtually unchanged.

According to a recent report published by Partnership for New American Economy, the growing earnings of Hispanic households have made them major contributors to U.S. tax revenue. In 2013, Hispanic households contributed more than $190 billion to U.S. tax revenues as a whole, including almost $67 billion in state and local tax payments. As highlighted in the report, foreign-born Hispanics contributed more than $86 billion of these tax revenues nationwide, a fact that flies in the face of the anti-immigration rhetoric we have become acquainted to during this election season. Of this $86 billion, $32 billion went to state and local taxes, and more than $54 billion ended up in the federal government’s coffers—something that should prompt any smart politician to keep immigrants in — and not drive them out — of the country.

While it’s important, tax policy isn’t the only factor when it comes to a sound economy, and candidates should be evaluated based on what they bring to the table overall. To give just one example, according to the Committee for a Responsible Federal Budget’s latest estimates, all candidates but one – based on the policies they have released so far – would actually increase government spending above current law levels over the next decade. So at least by this measure, both parties are driving us off a cliff, and we should not waste too much time arguing over who’s driving us off that cliff faster.

In order to get our country on the right track, policymakers must be more than just fiscal conservatives. Success will require a vision of a free society that can thrive even in the face of changing economic conditions and disruption. It will require a culture of toleration and respect for the individual, and laws that protect the rights of individuals to use their lives and their property as they wish, just as they respect the rights of others to do the same. It will require an open marketplace of ideas, where the free flow of knowledge through a system of prices and profit and loss drives prosperity and innovation. Finally, it will require a win-win system of principled entrepreneurship, where people and businesses have an incentive to succeed not at the expense of society, but only by creating value for others.

This tax season, nickels and dimes may weigh heavily on our minds, but it is worth pointing out that there is more to a free society than that.