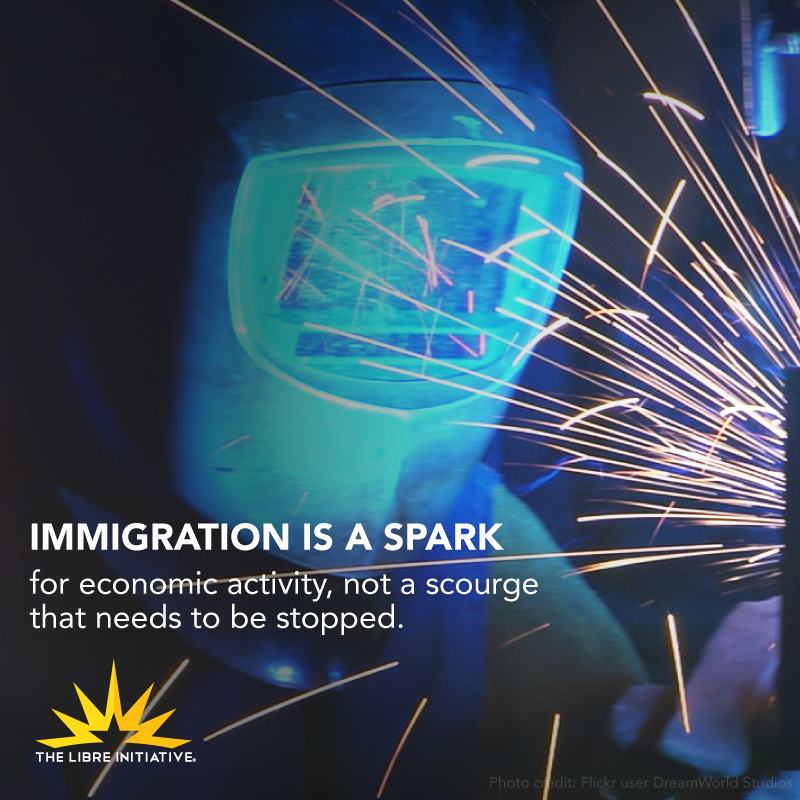 Throughout this election season, the debate about how to deal with undocumented immigration has been dominated by talk of an enormous 1,989-mile-long border wall between the United States and Mexico. The idea of building walls as a policy solution has resurfaced periodically in the world since the Bronze Age, when the great walls of Troy were rendered useless by people with the advantage of having wits on their side.

What escapes the media’s attention though, is that the Democratic Party platform includes a policy that would be even better at stopping immigrants from making a living in the U.S. than a wall: raising the minimum wage to $15 per hour. In fact, mandating higher wages could force many low-skilled immigrants out of the labor market, putting them out of work in massive numbers. This is because, in comparison with native-born Americans, immigrants tend to be concentrated in low wage service occupations that a minimum wage increase could have a devastating effect on.

Validating and utilizing this economic reality in the most ruthless way, a Silicon Valley businessperson named Ron Unz sponsored a ballot initiative to raise California’s minimum wage to $10 per hour in 2015 and $12 in 2016 for the explicit purpose of forcing undocumented immigrants out of the market. In a 2011 issue of the American Conservative magazine, Unz wrote, “In today’s America a huge fraction of jobs at or near the minimum wage are held by immigrants, often illegal ones. Eliminating those jobs is a central goal of the plan, a feature not a bug.” Hammering home the point, as highlighted by the Cato Institute, Unz repeated his reasoning in a 2014 interview with Daily Caller: “A $12 minimum wage will force companies to lay off some workers, but most of those workers will be the low-skilled illegal immigrants.”

The truth is the $15 minimum wage proposal – typically advocated by the left – would do a far better job than any wall at keeping poor immigrants out of the labor force. It would destroy precisely those job opportunities that motivate immigrants to come here in the first place. A $15 minimum wage, for all practical purposes, is a formidable wall that even some of the most resourceful immigrants cannot climb.